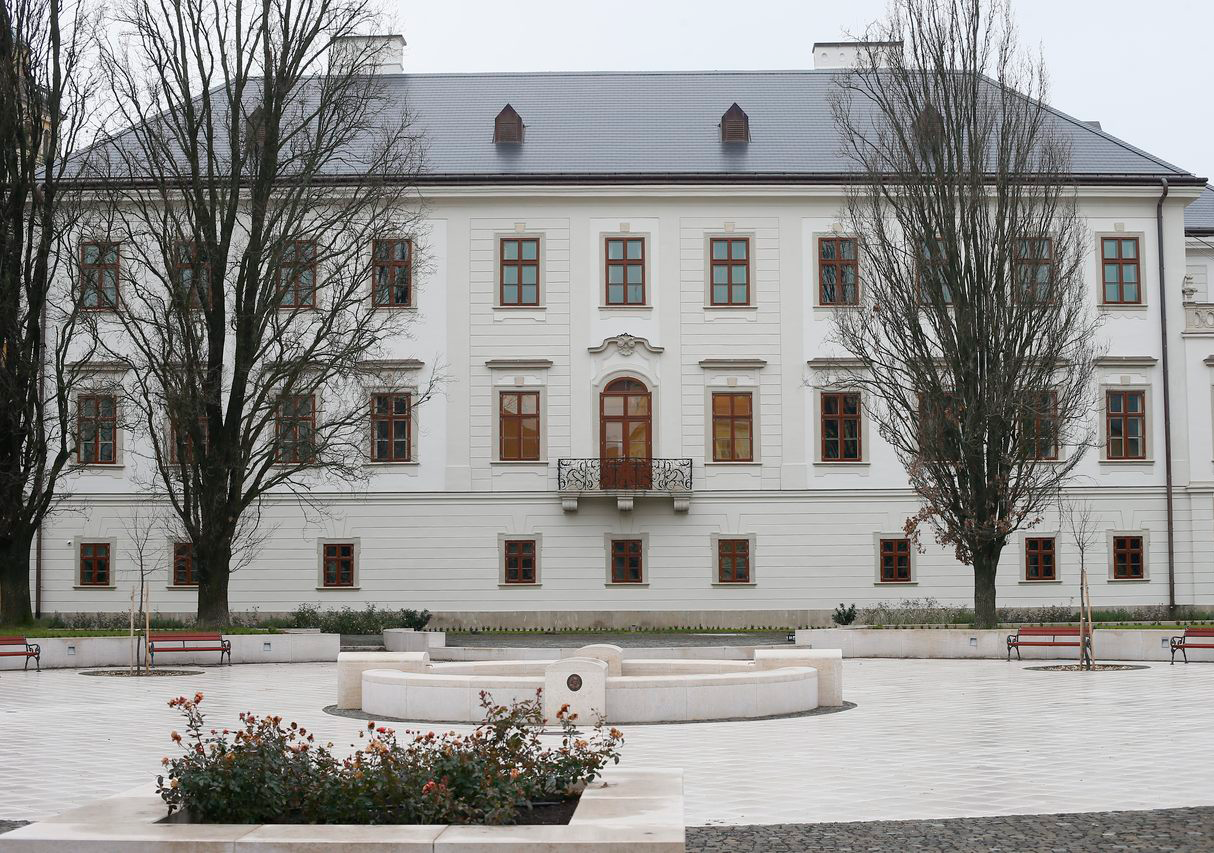 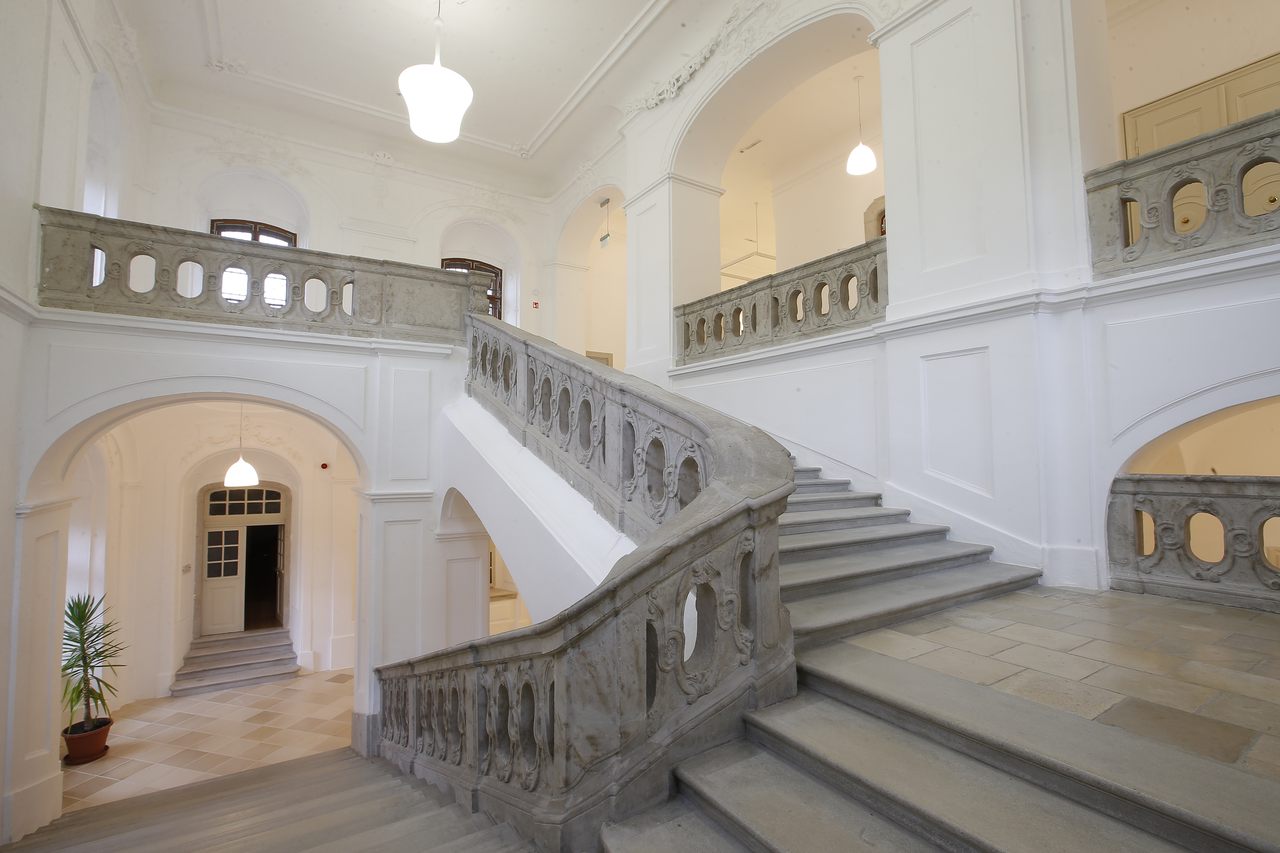 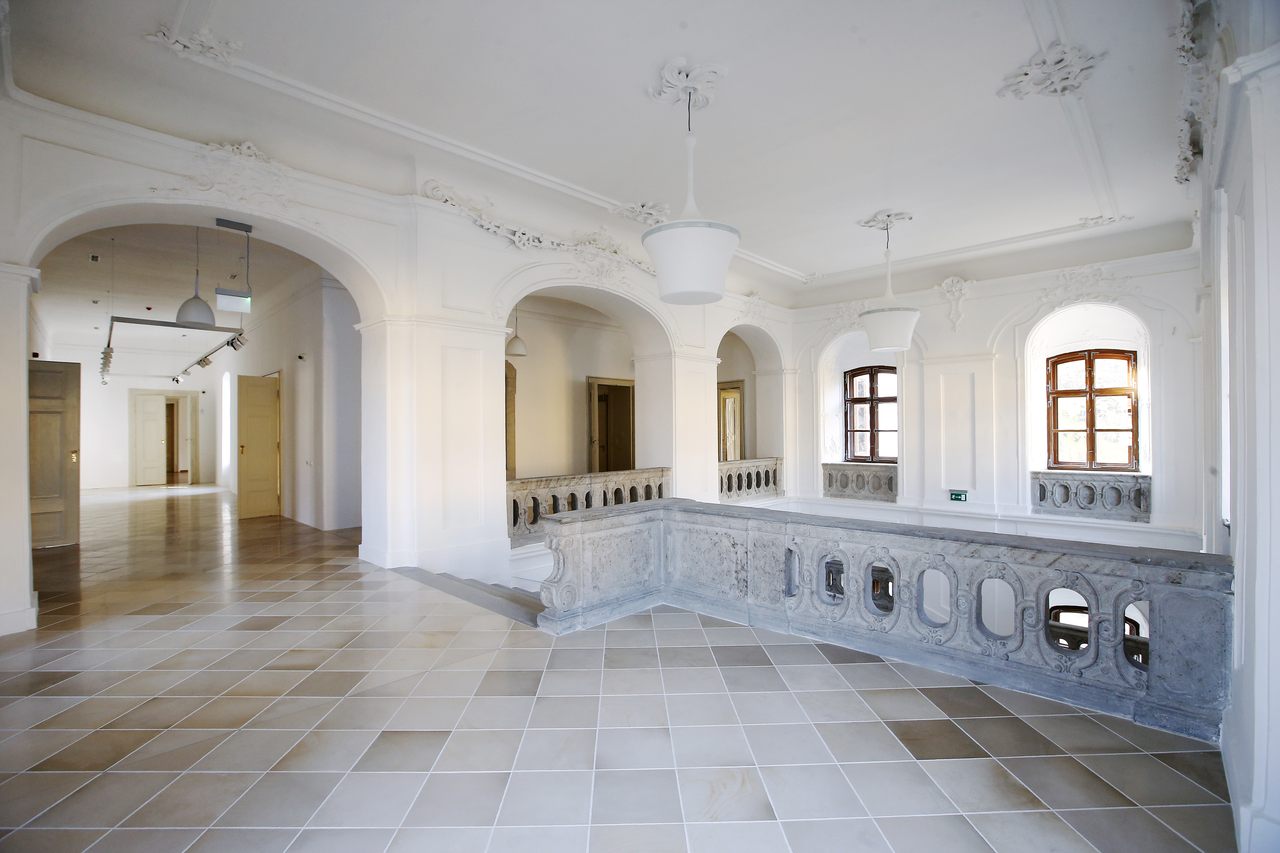 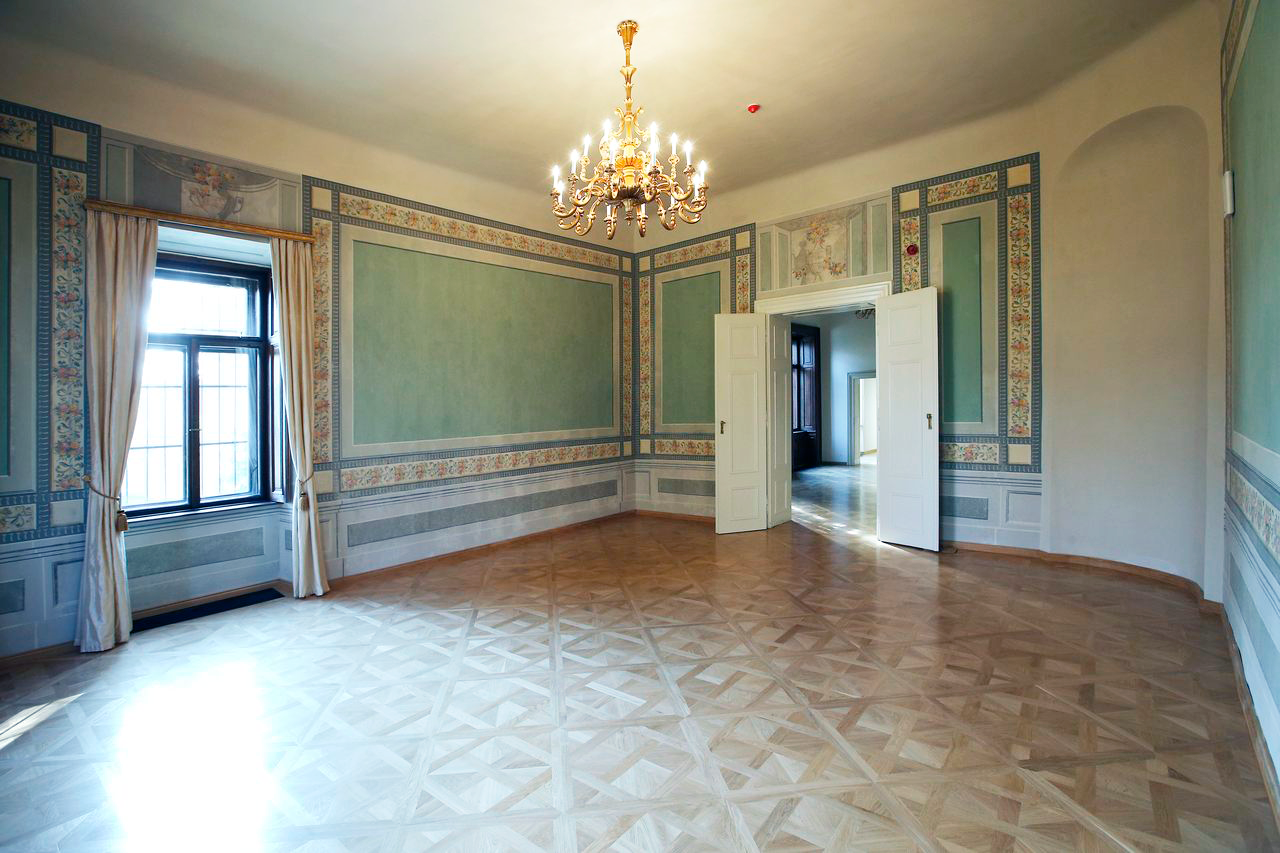 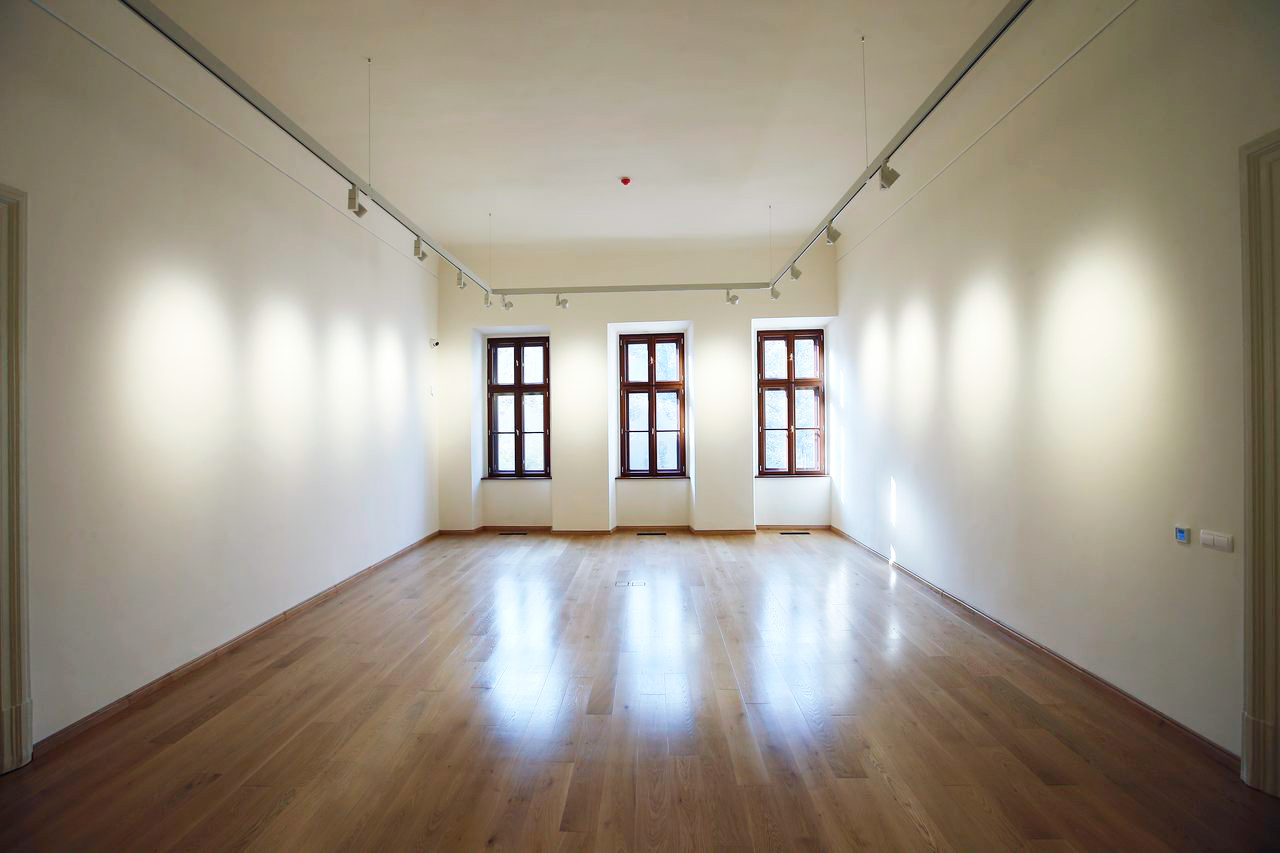 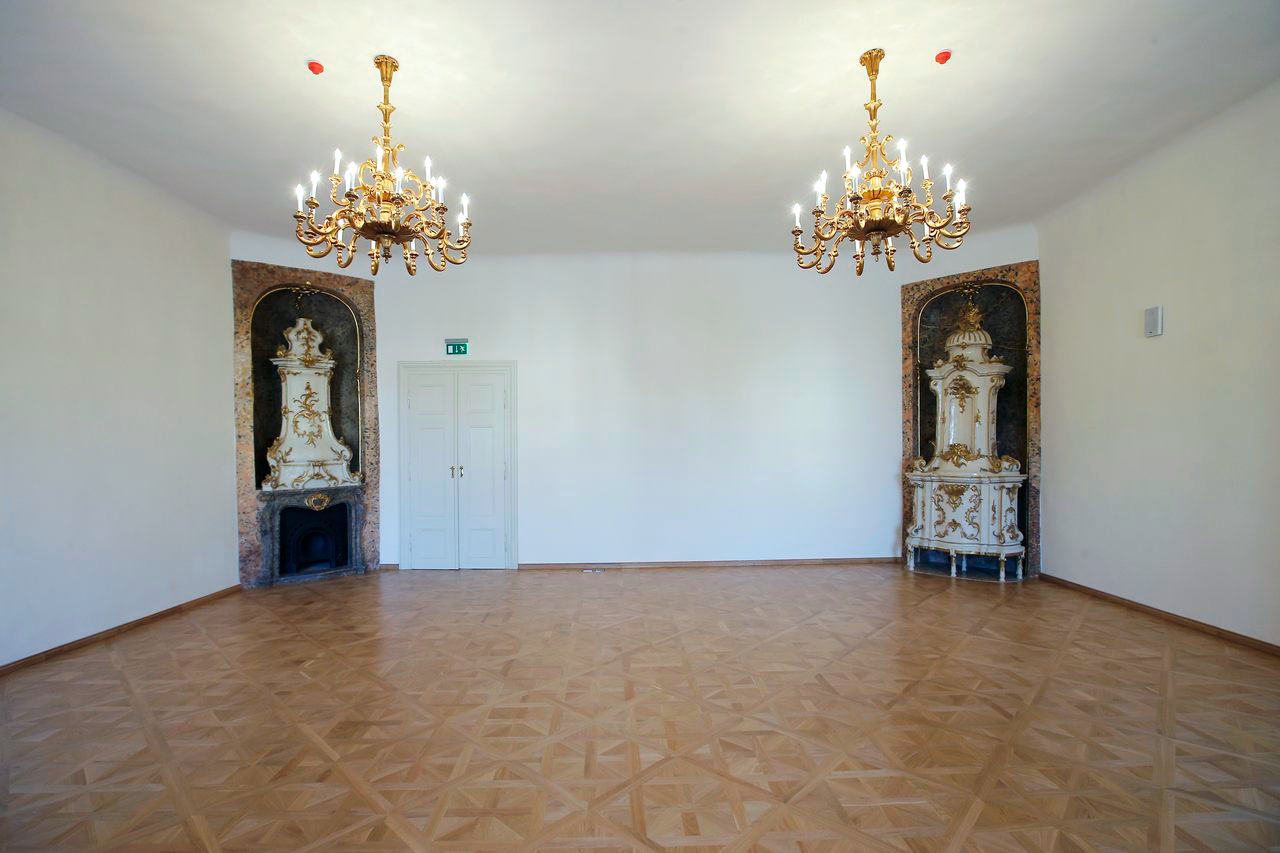 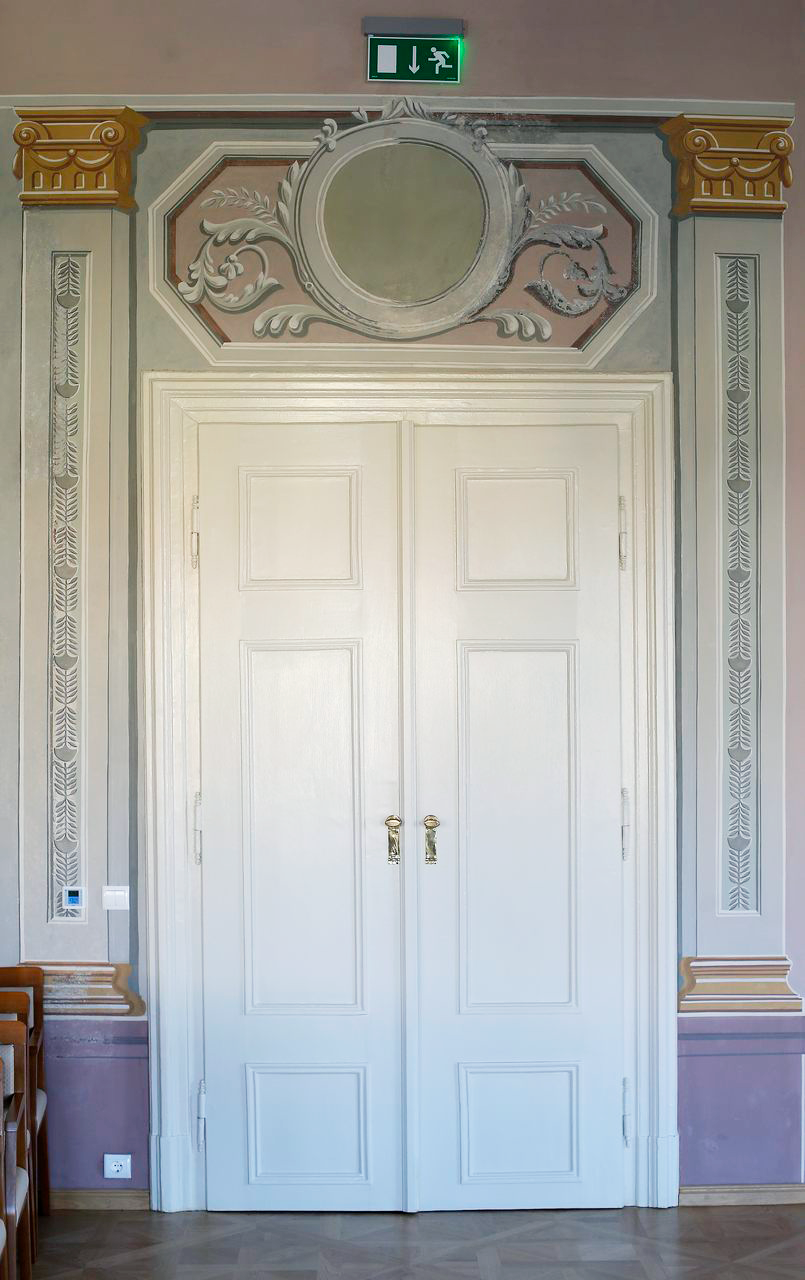 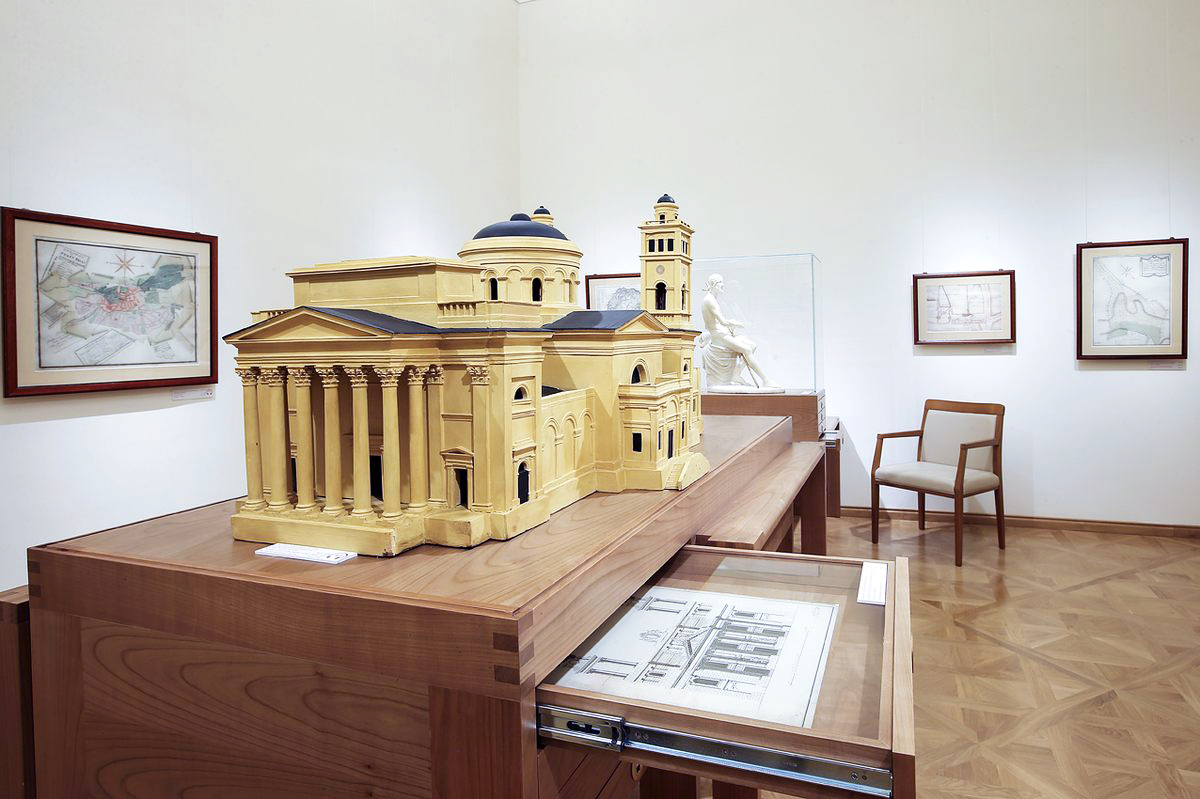 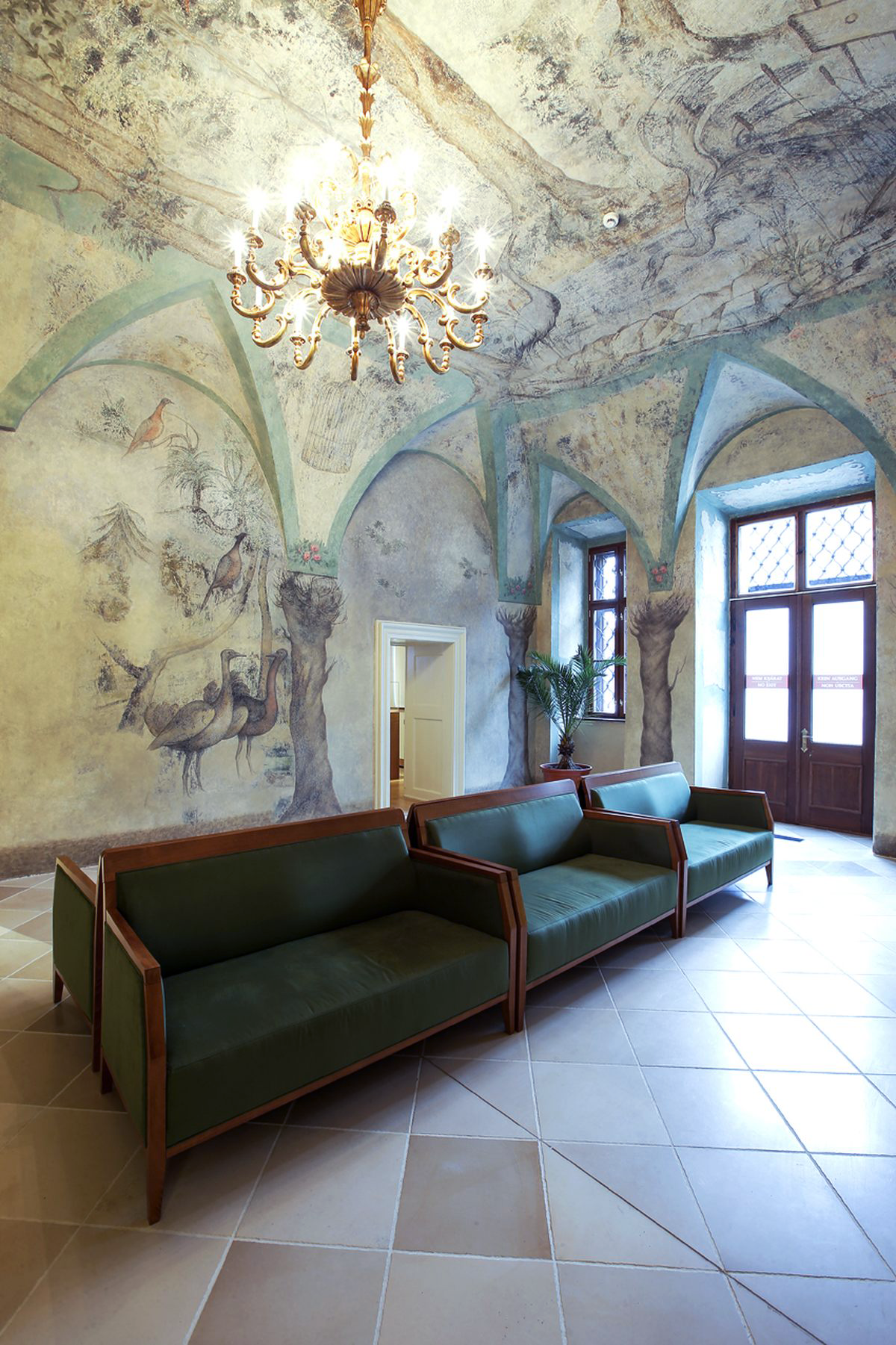 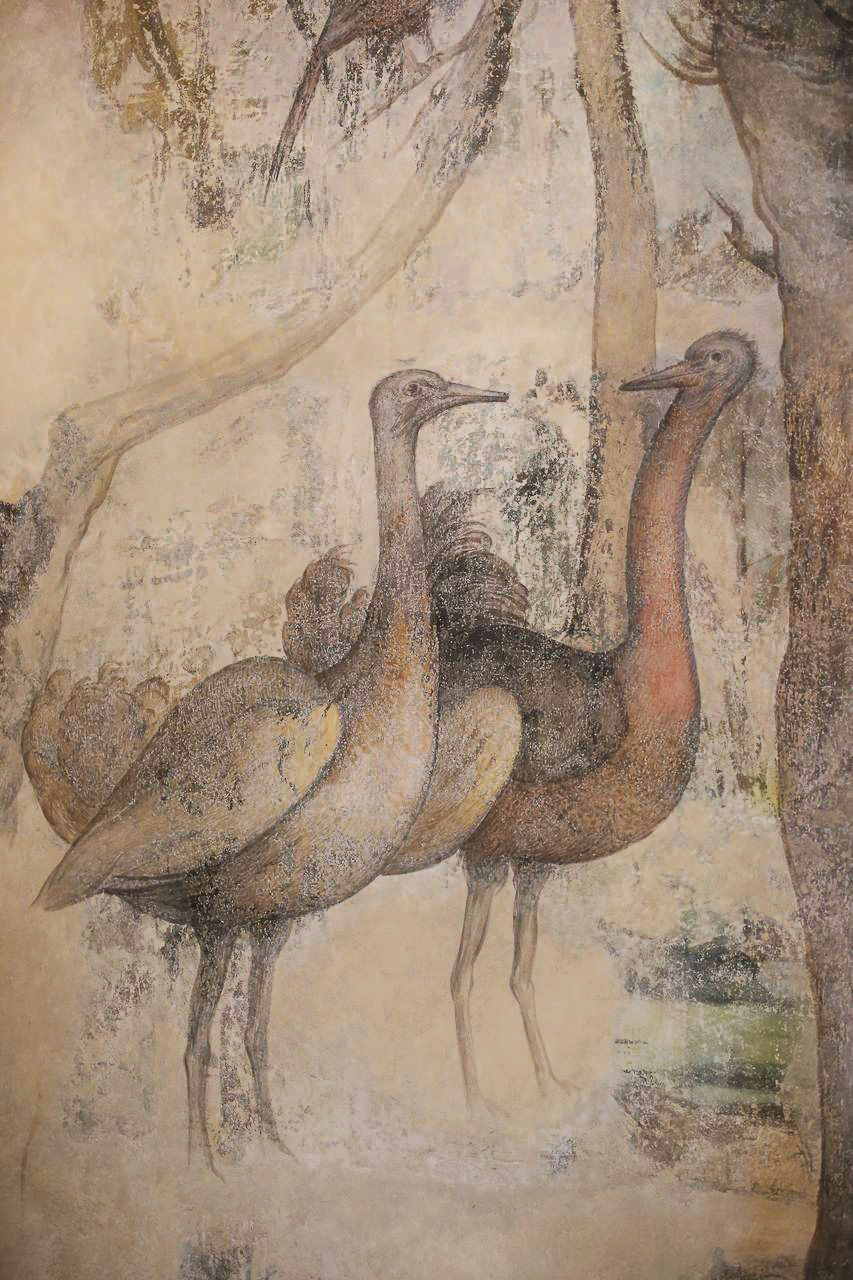 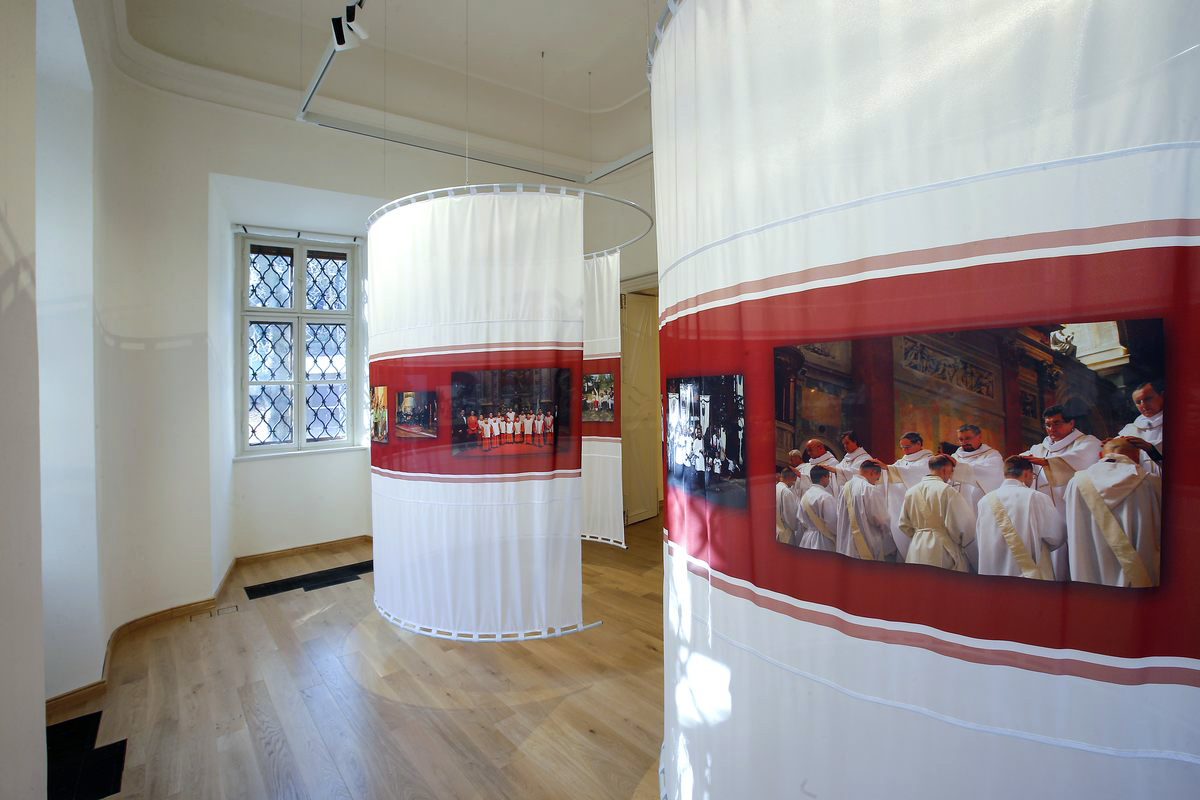 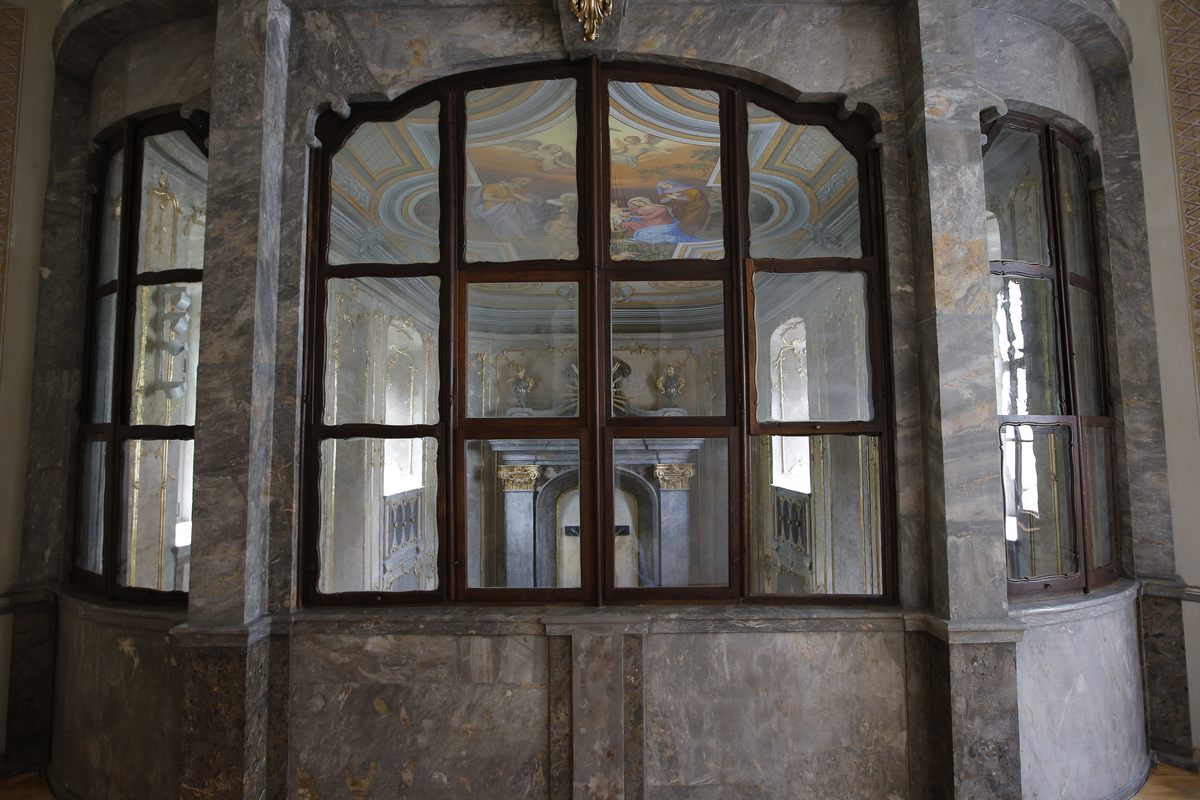 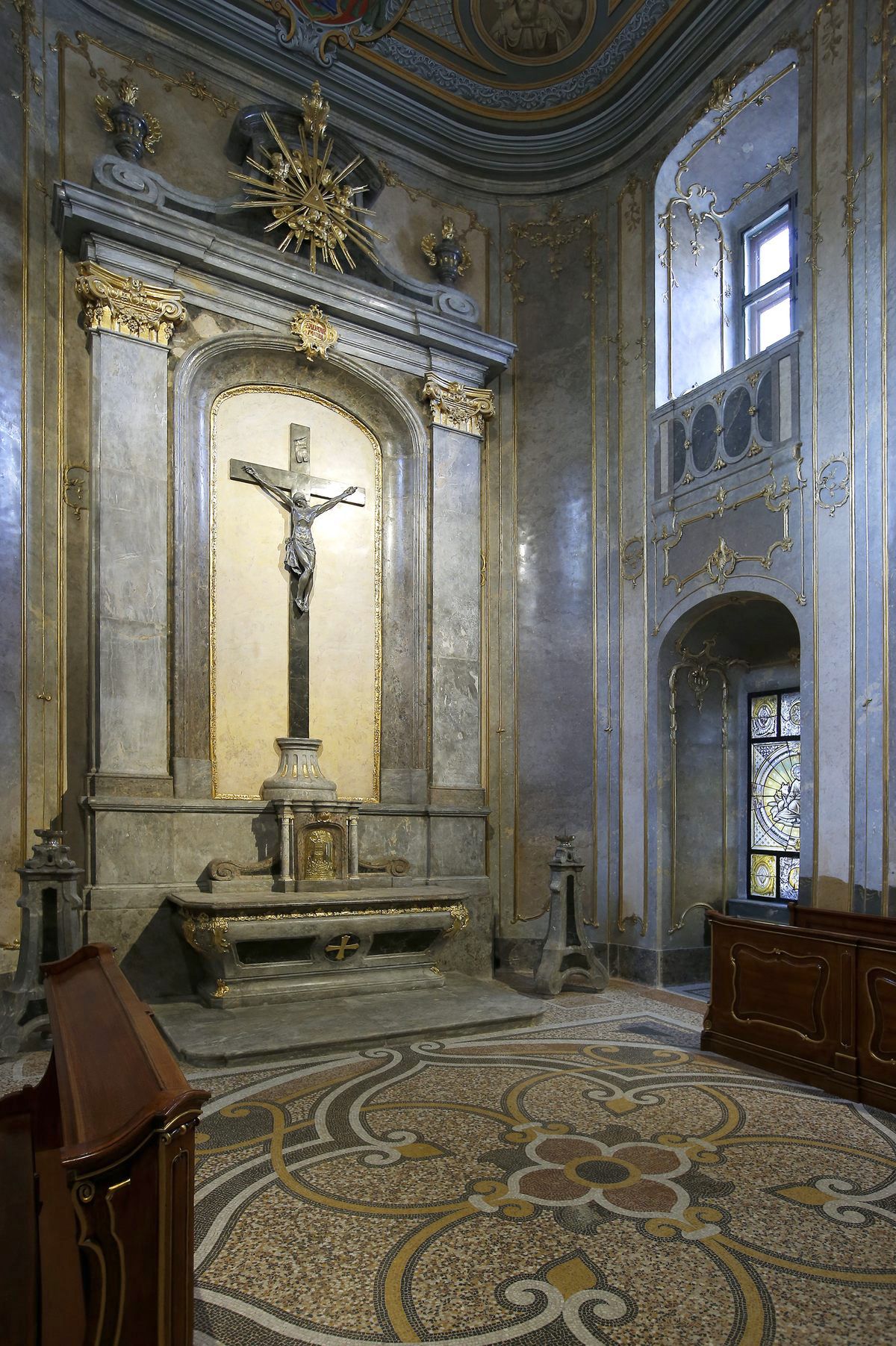 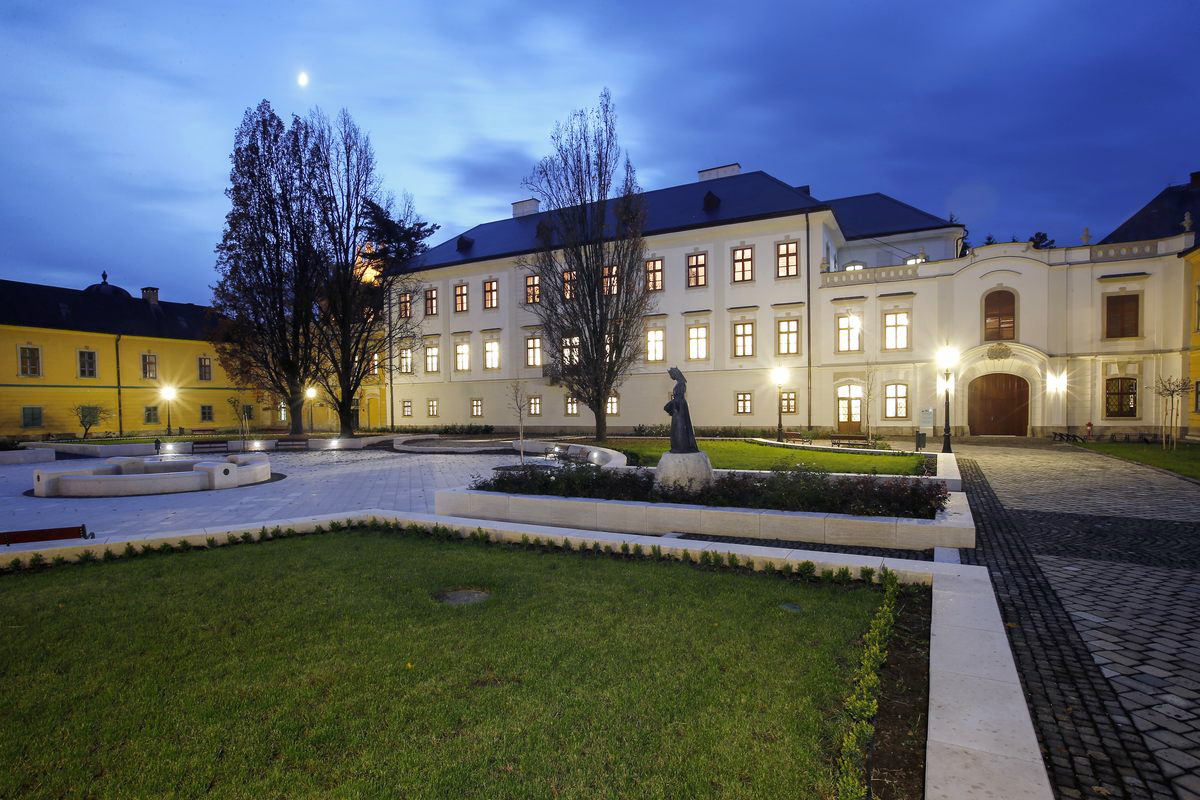 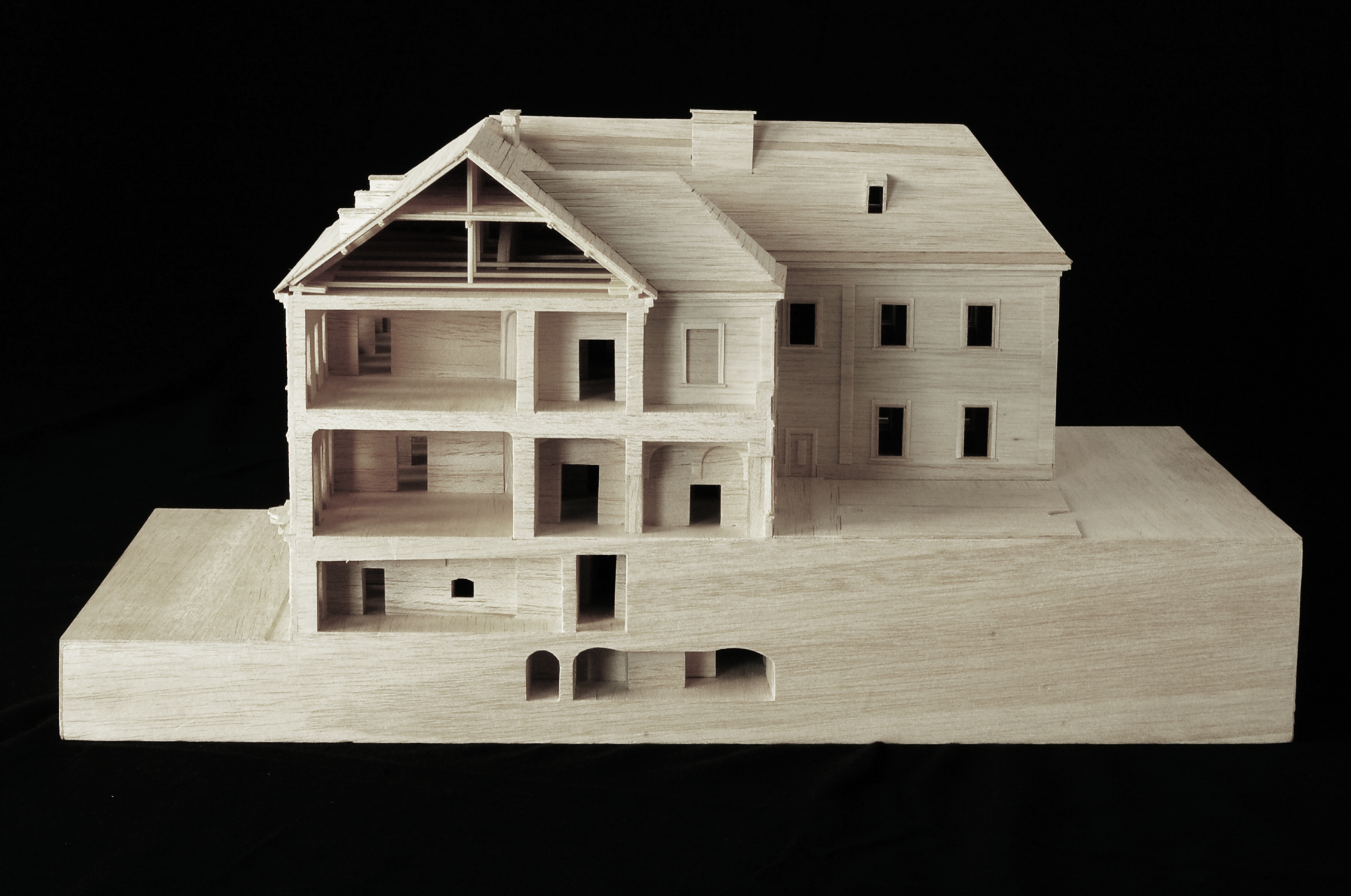 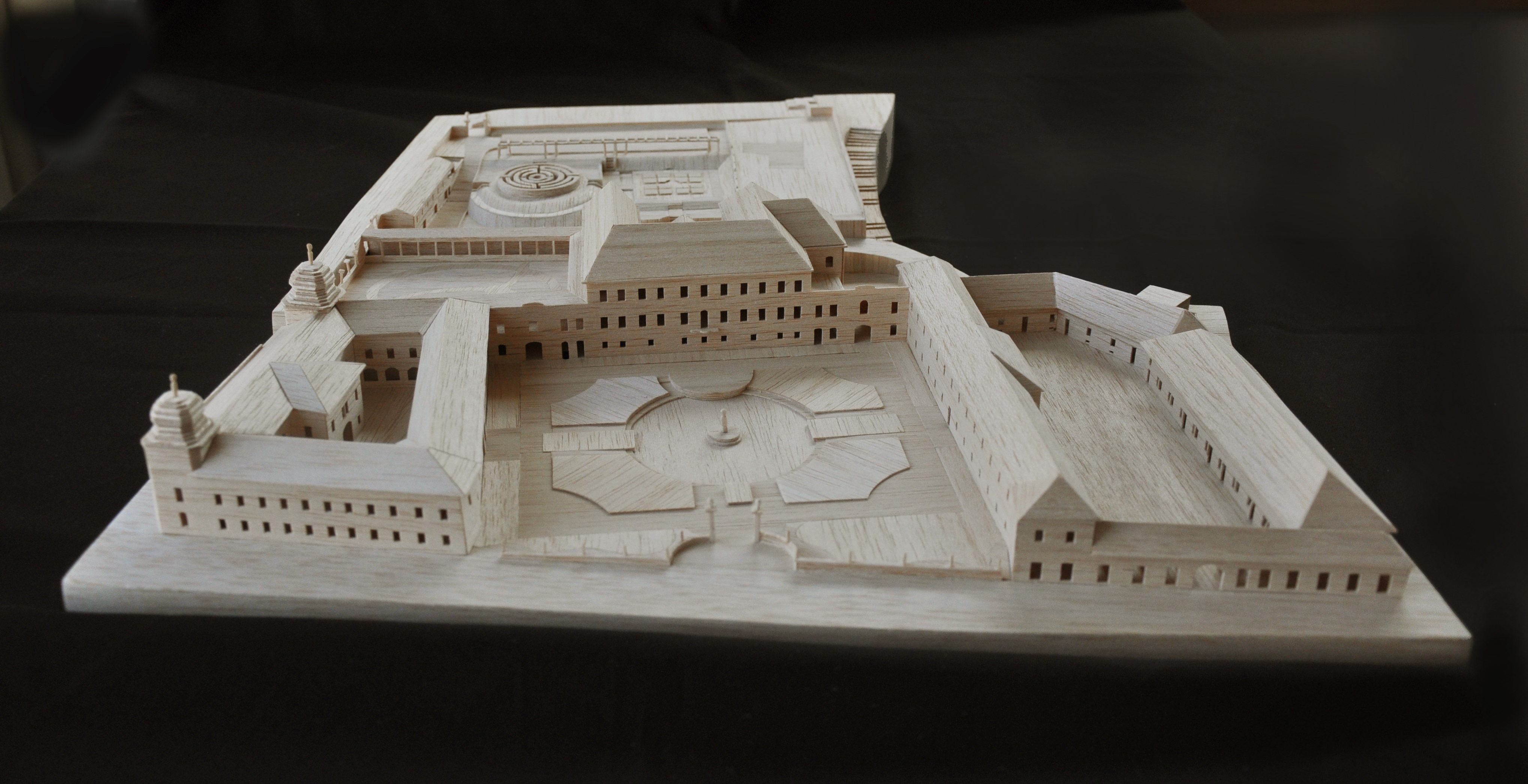 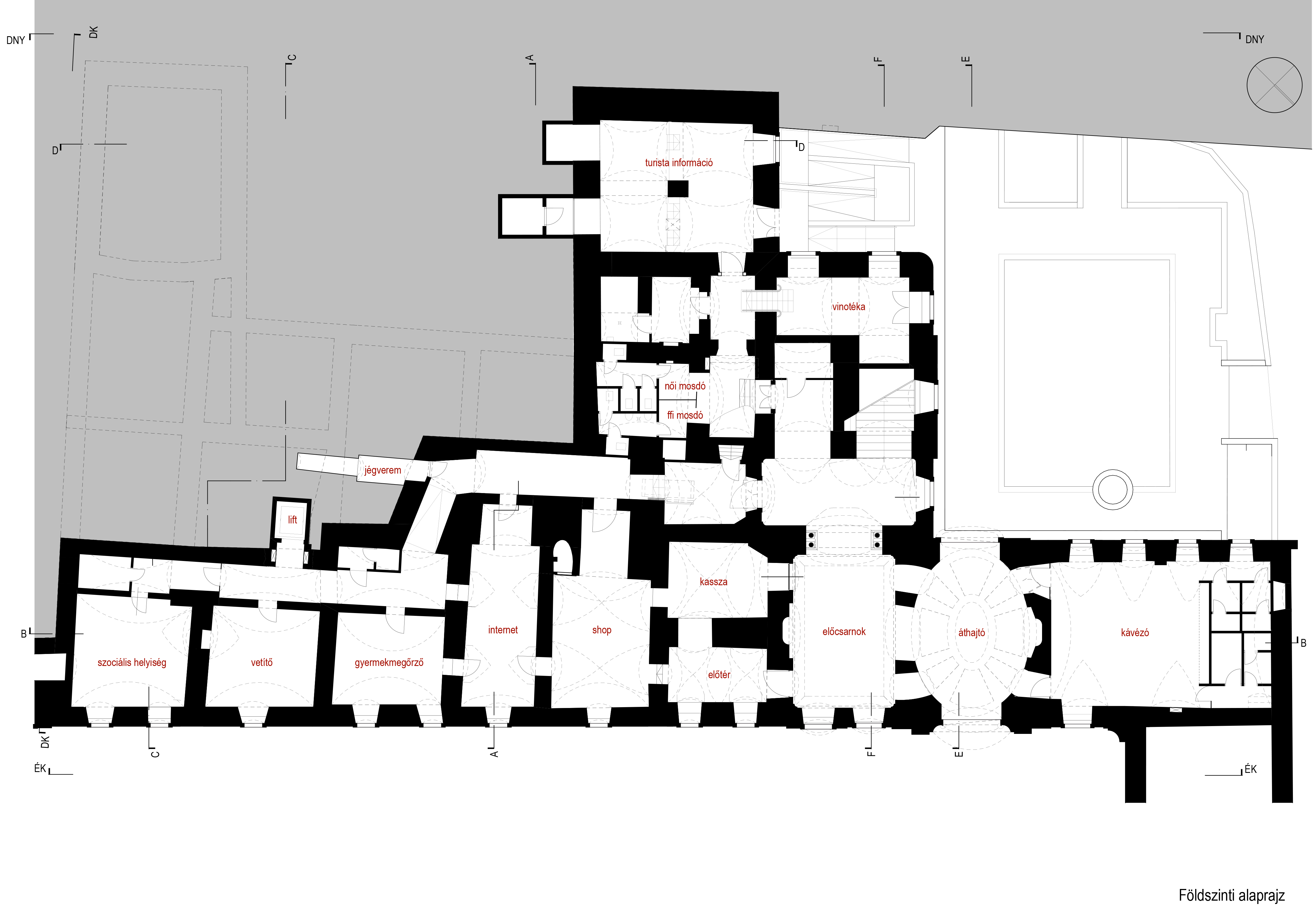 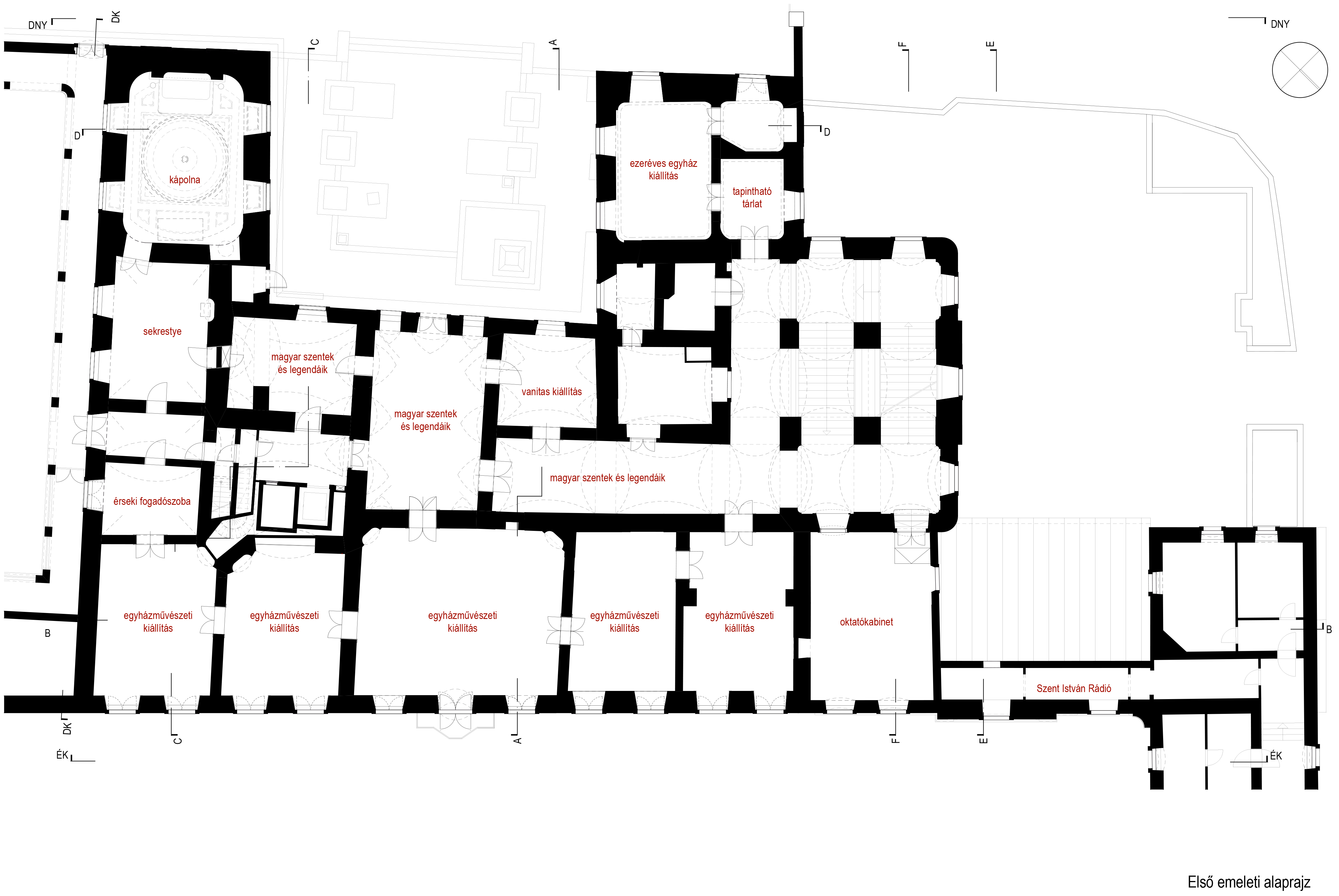 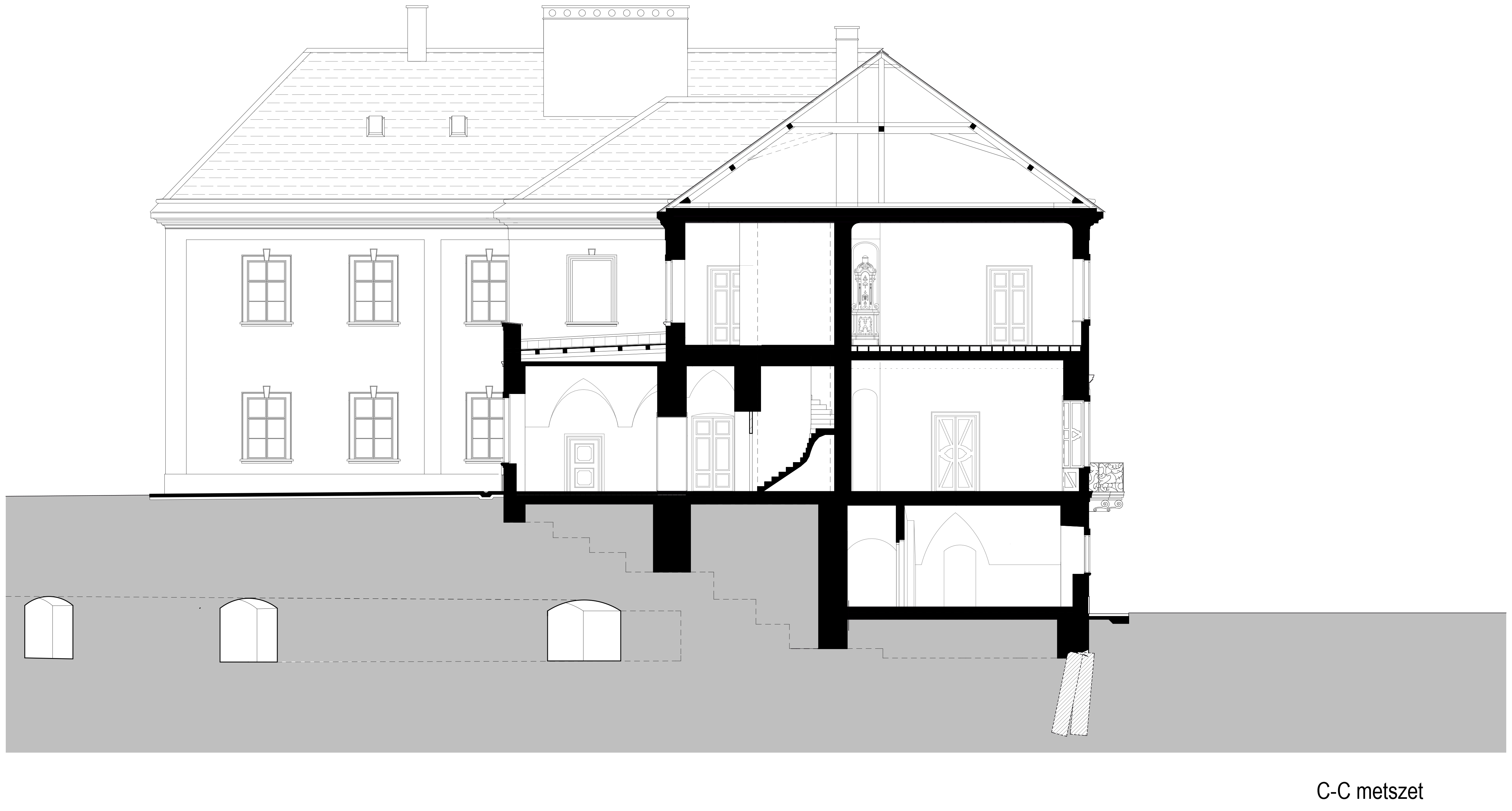 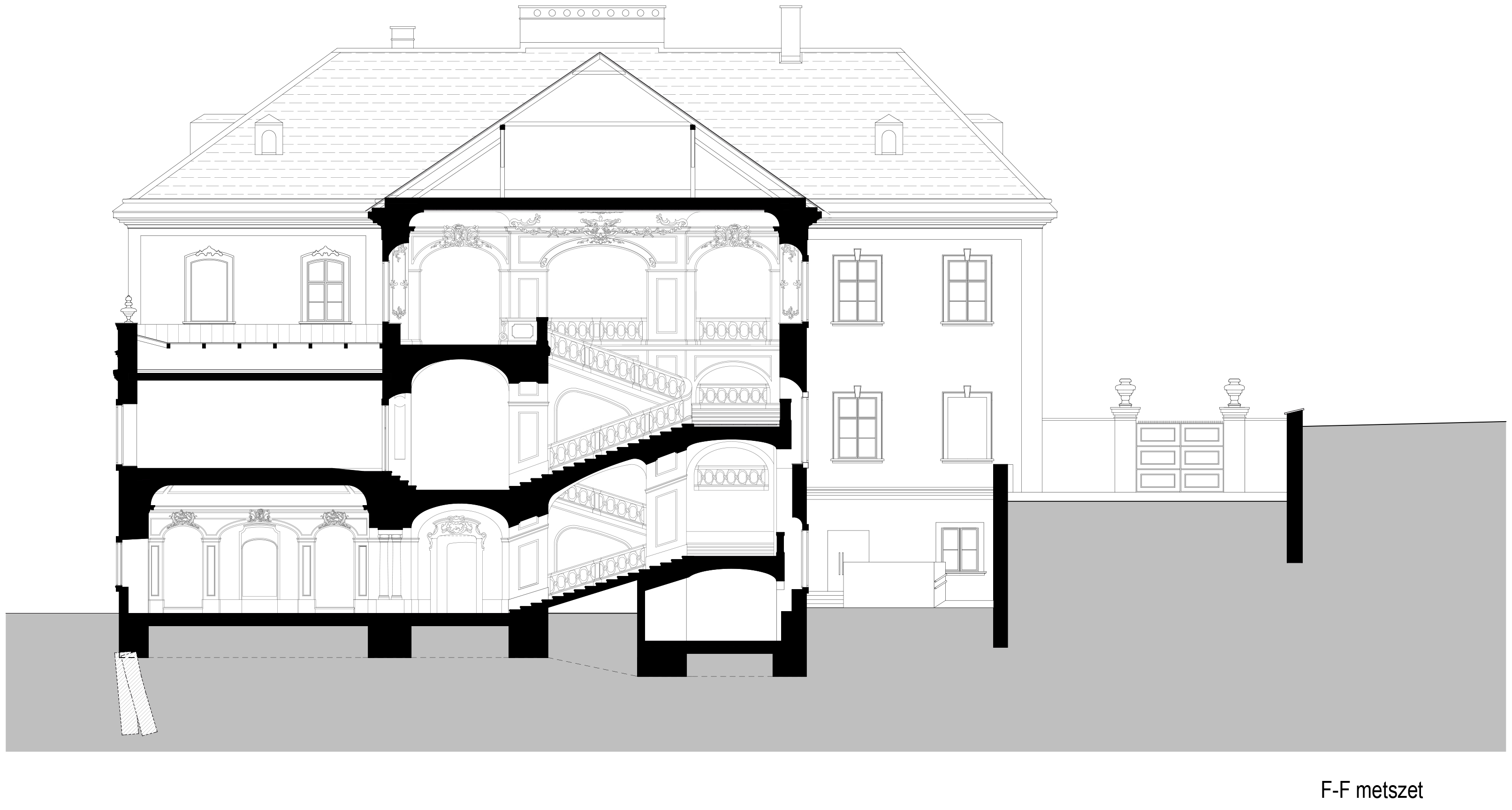 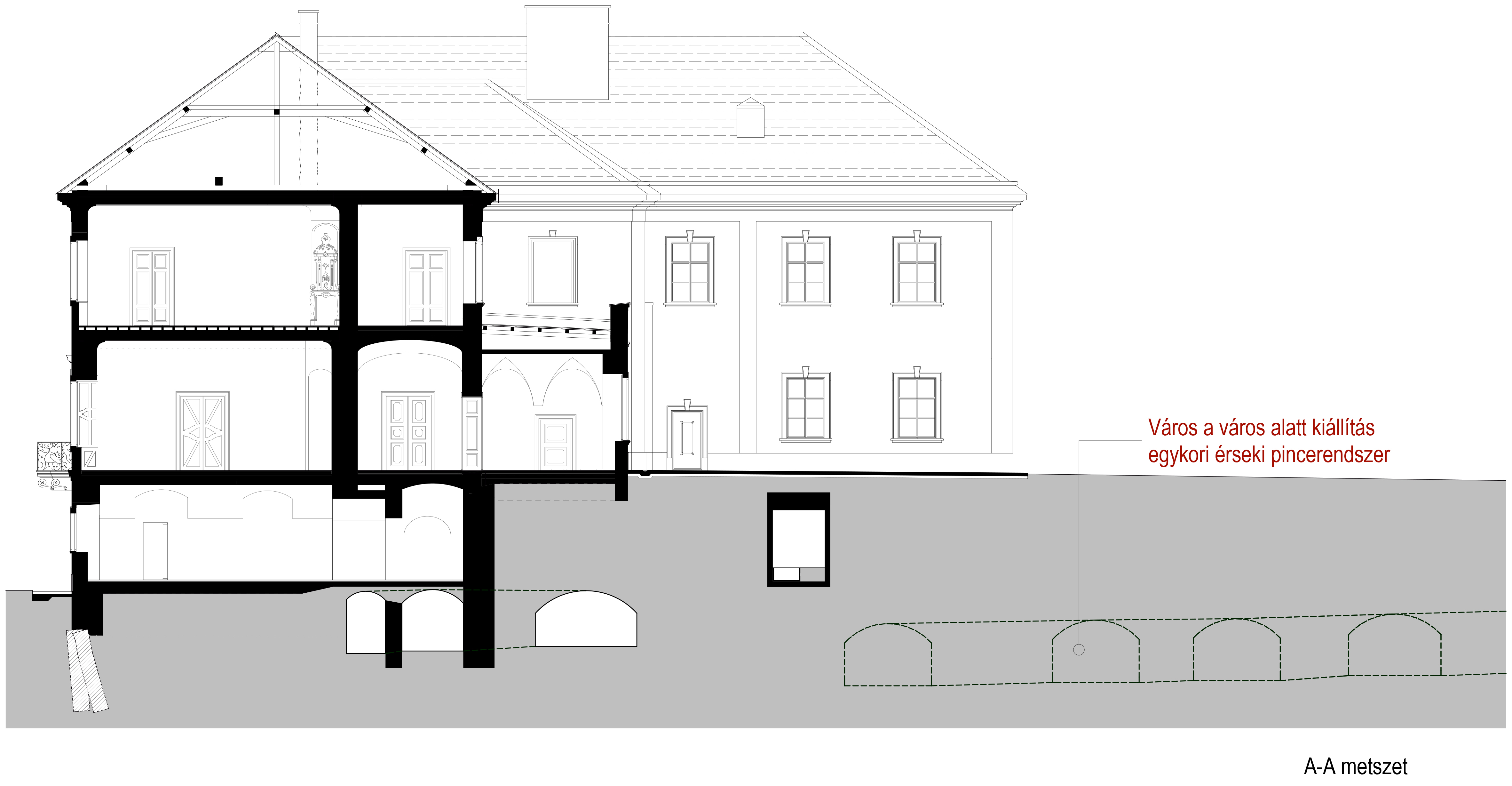 The design of the current intervention was influenced by the history of the building. The majority of the building elements can be traced back to one specific architectural style. The visitor center is the result of the reconstruction of the historic building formed by Jakab Fellner.

Despite the distortions caused by the foundation, the building’s structures are typically in good condition. For instance, the load-bearing walls are still standing today. In the case of the partition walls, only the removal of the partitions after the Baroque period brought about changes. Where the condition of the wood allowed, the original timber ceilings were preserved. In many cases, direct preservation is possible, as original 18th-century openings were kept intact. The restoration of the chapel to its original form was of utmost priority during the development of the visitor center.

The themes of the exhibition are the building itself and the history of the church. The functional arrangement of the exhibition is adjusted to the building’s features and the hierarchy of spaces. The narrow, medieval ground-floor spaces house the museum’s service and auxiliary spaces. On the first floor, the courtyard is the treasury, while the rear rooms house themed permanent exhibitions. The majority of the second floor is occupied by the History of Interior Design exhibition, at which’s end, we can have an insight into the chapel. The visit ends with the temporary exhibition.

The three distinctly different parts of the gardens are connected to the renewed central wing. A representative ornamental garden in the east welcomes visitors, bordered by the three wings of the palace. A breakthrough in the life of the archdiocese is the opening of the ornamental garden to the pedestrian street, thus providing the city with a public park. Visitors will be able to get a deeper insight into the daily life of the Archdiocese.

The café is connected to a more intimate, shaded café terrace. Meanwhile, the quadrangle forms an enclosed space for contemplation.

A tour of the visitor center faithfully evokes the Christian spirit that has been present in Eger for a thousand years.