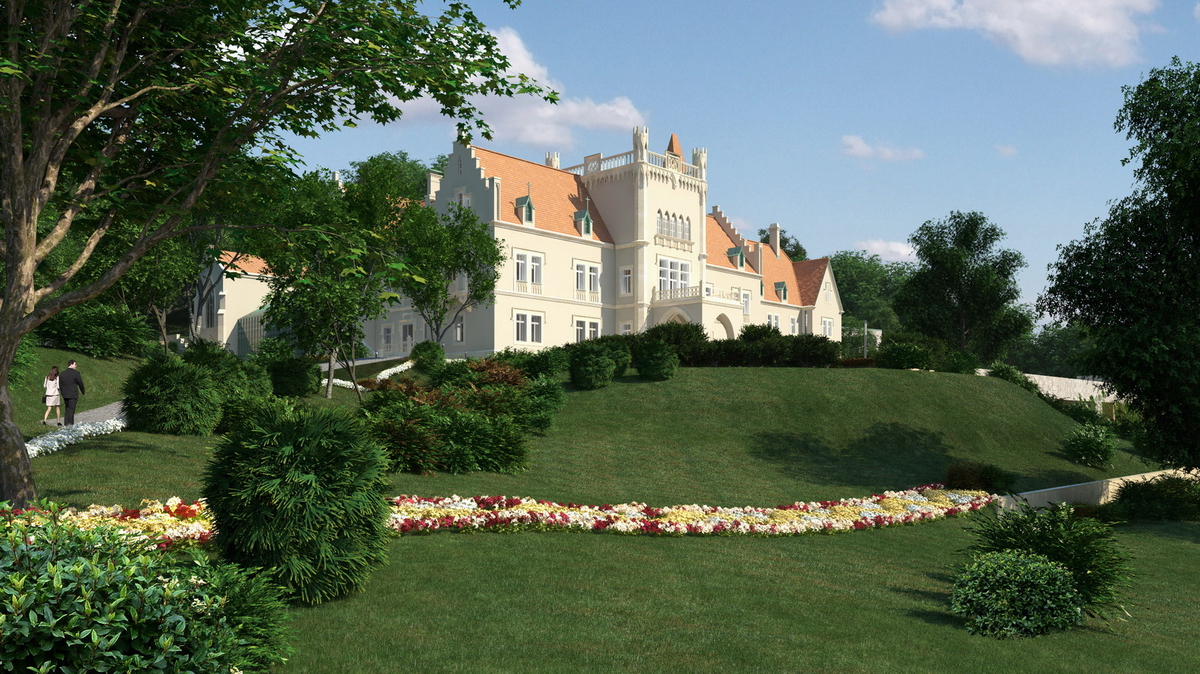 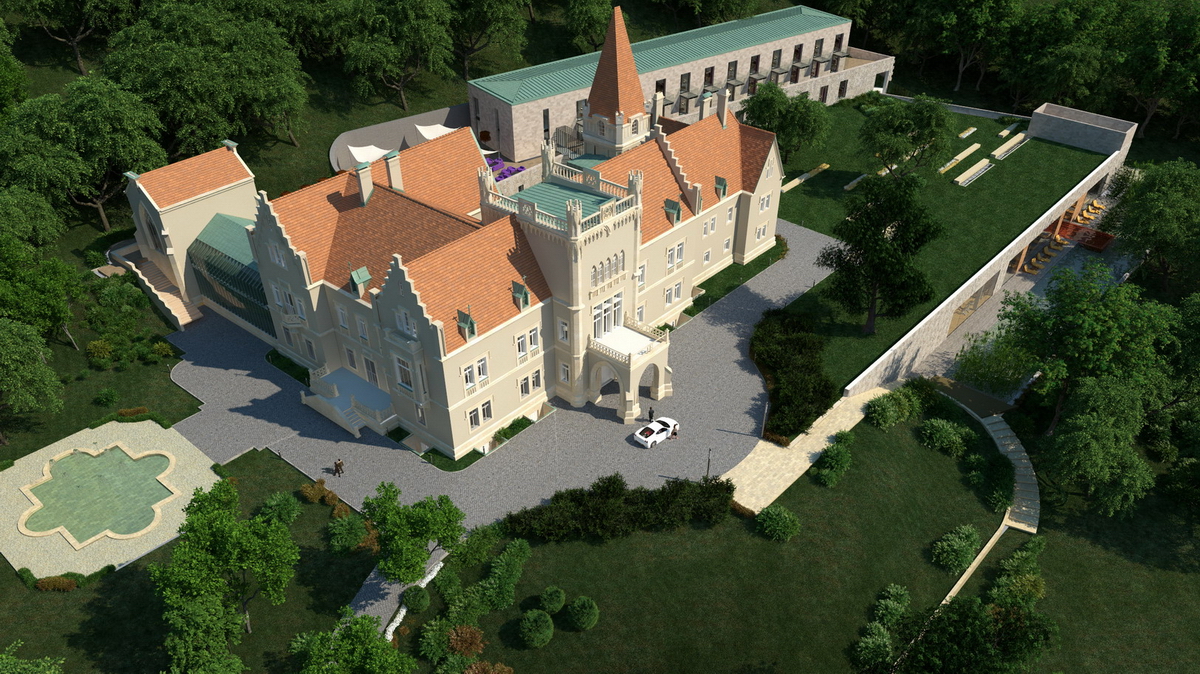 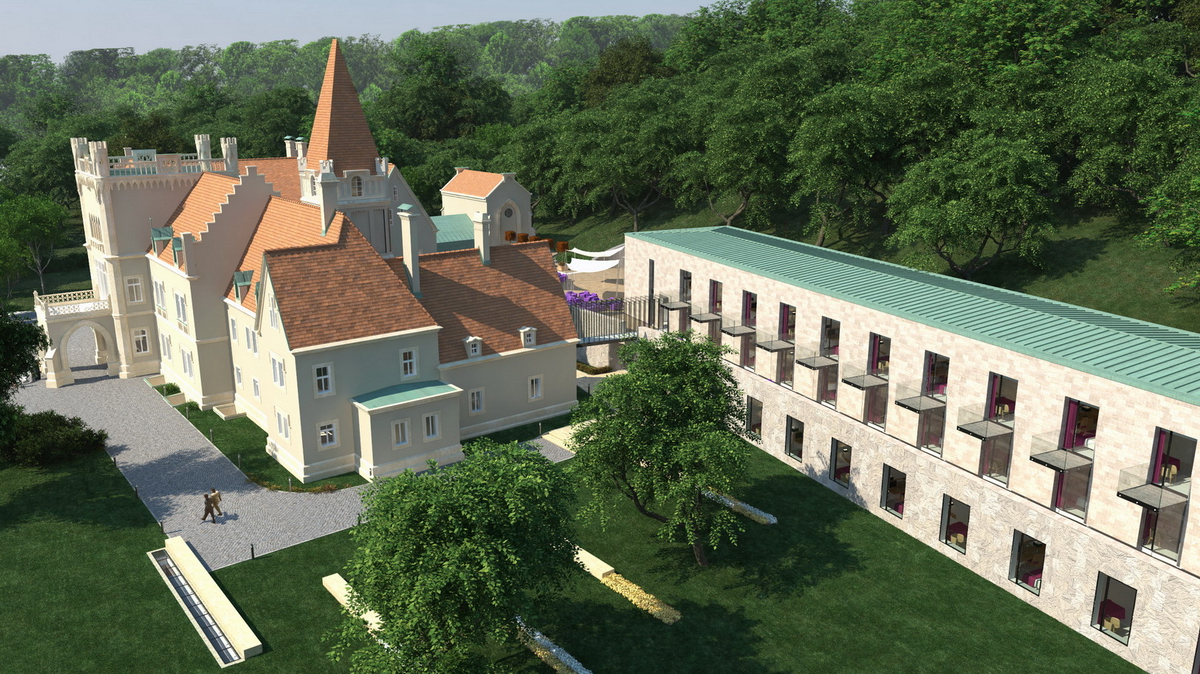 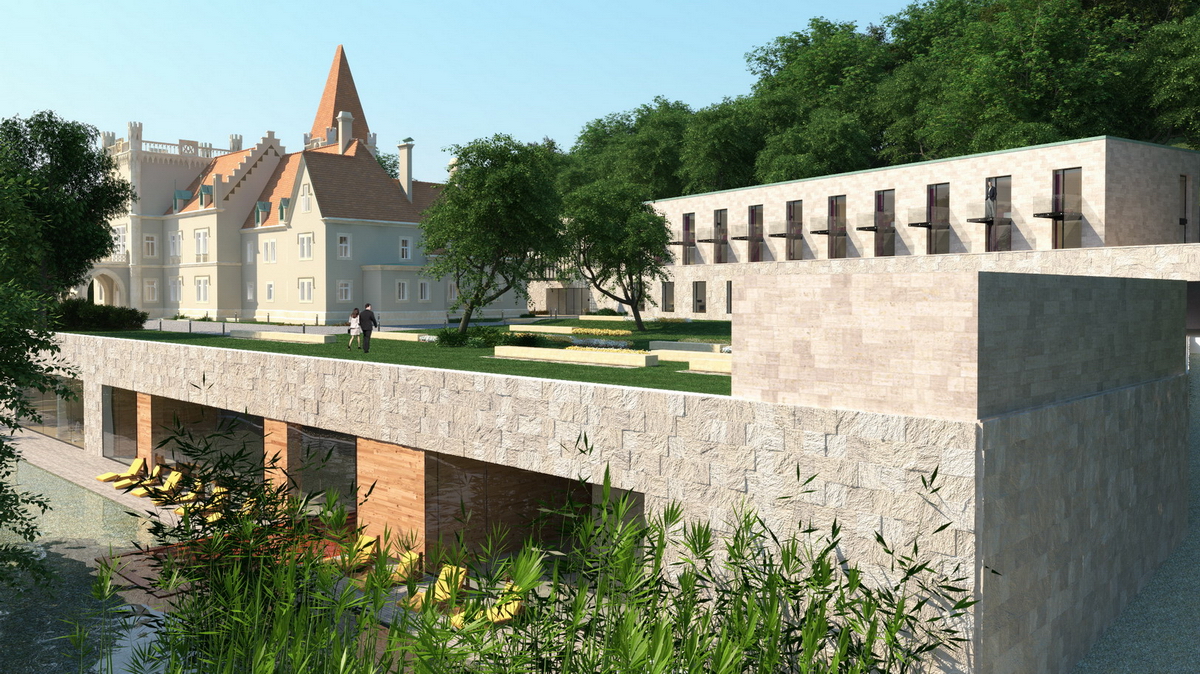 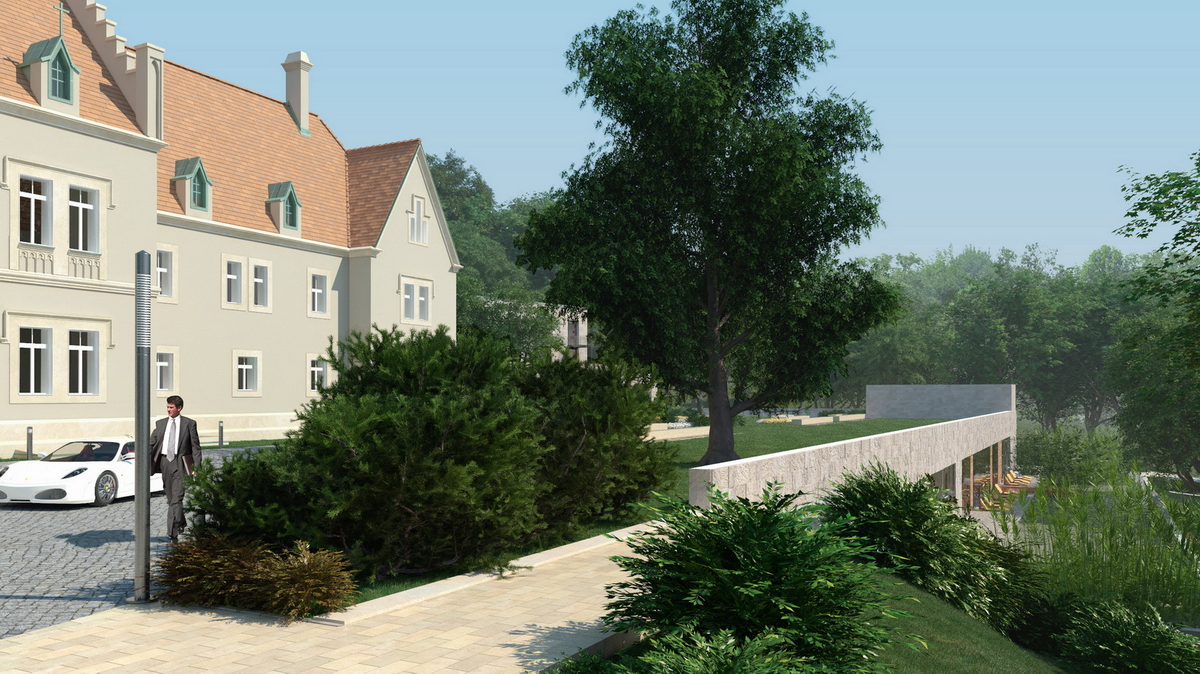 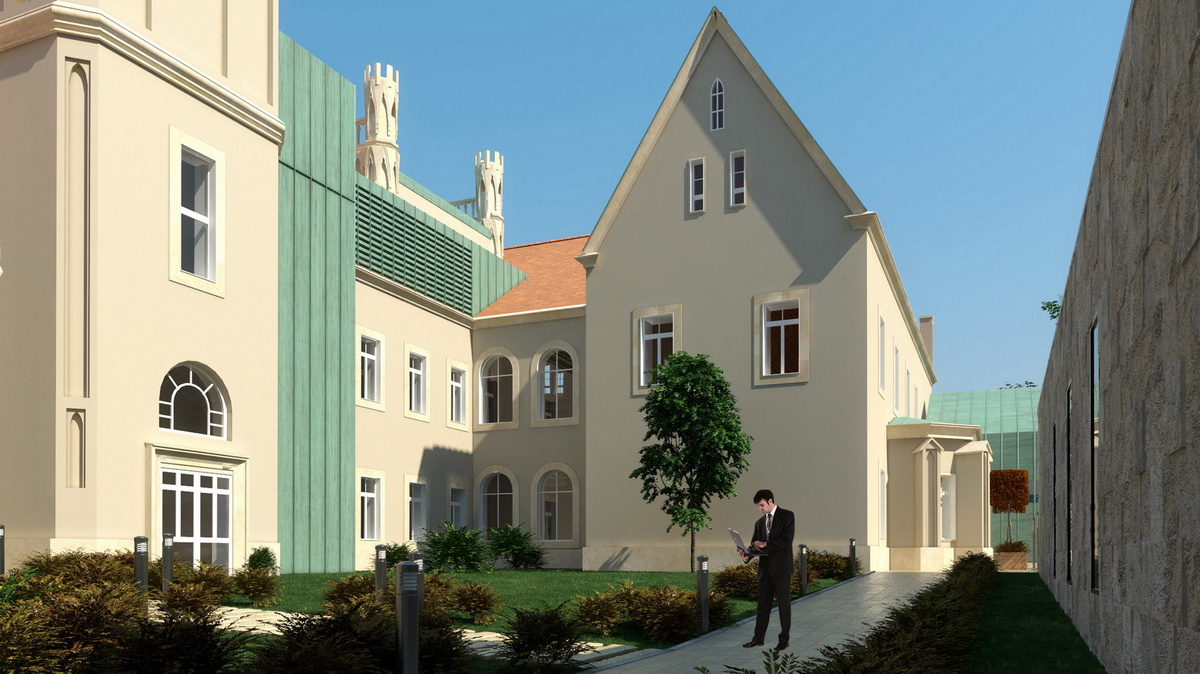 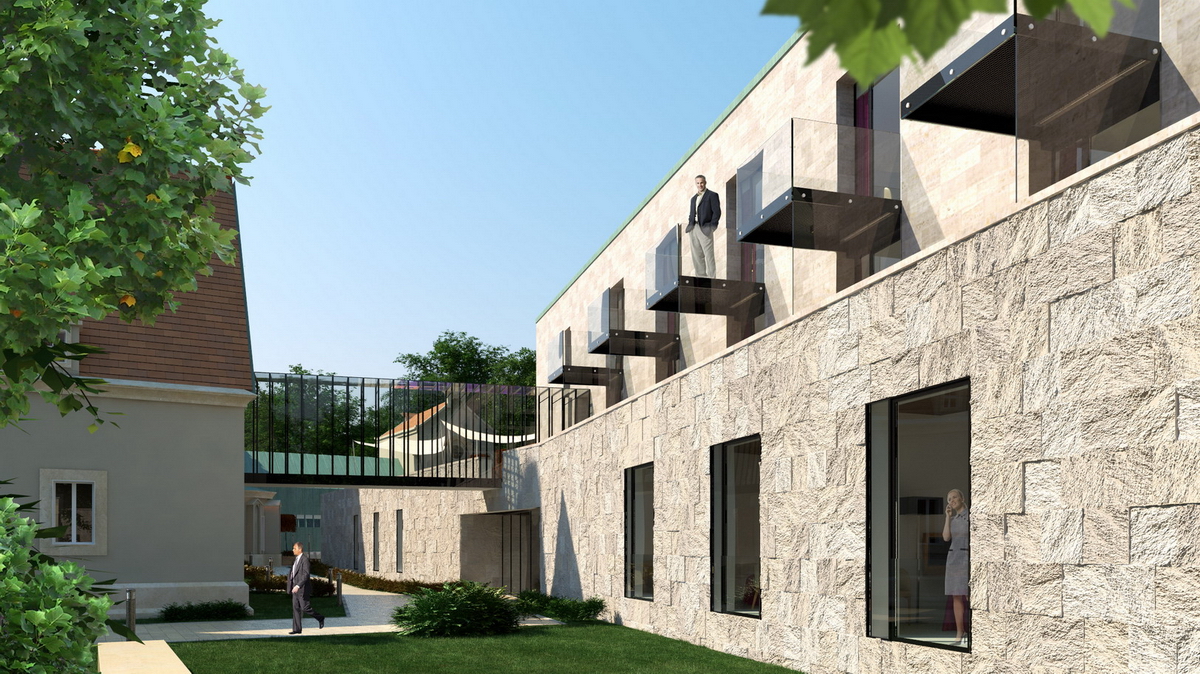 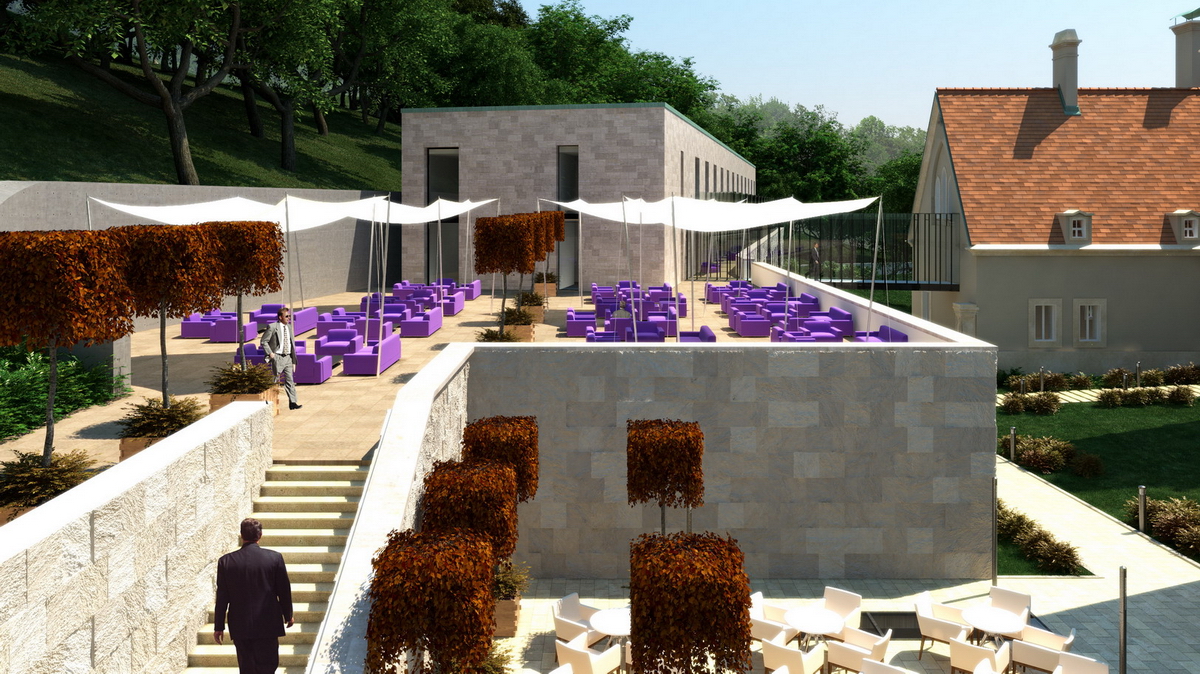 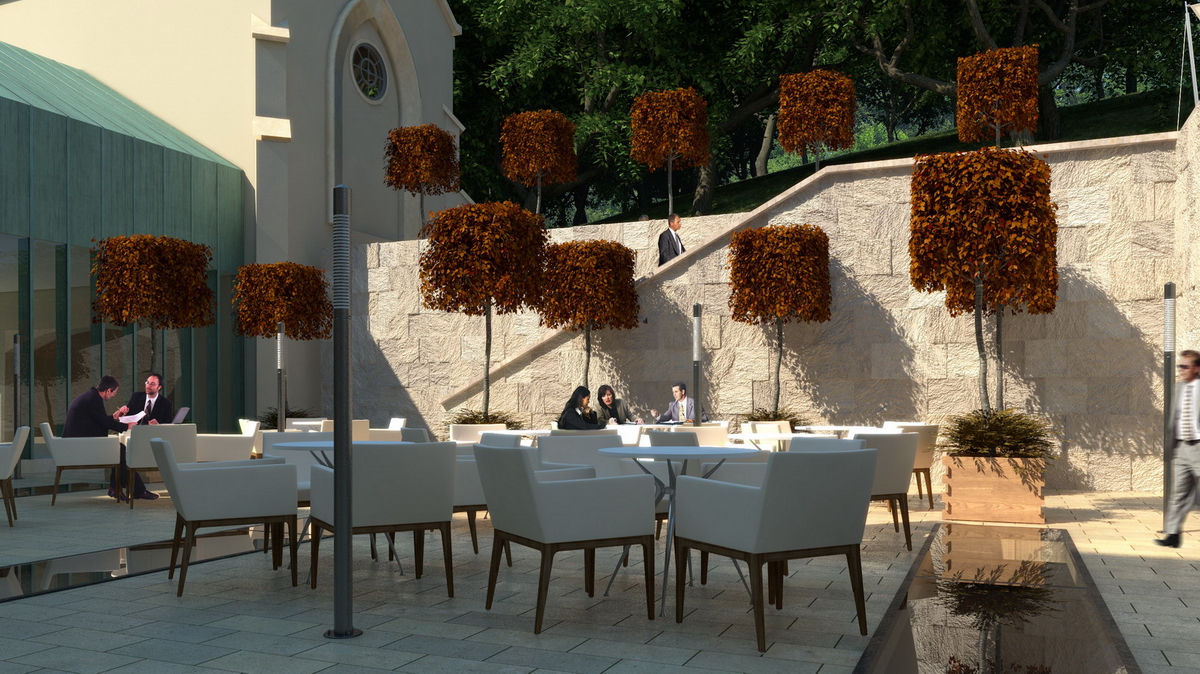 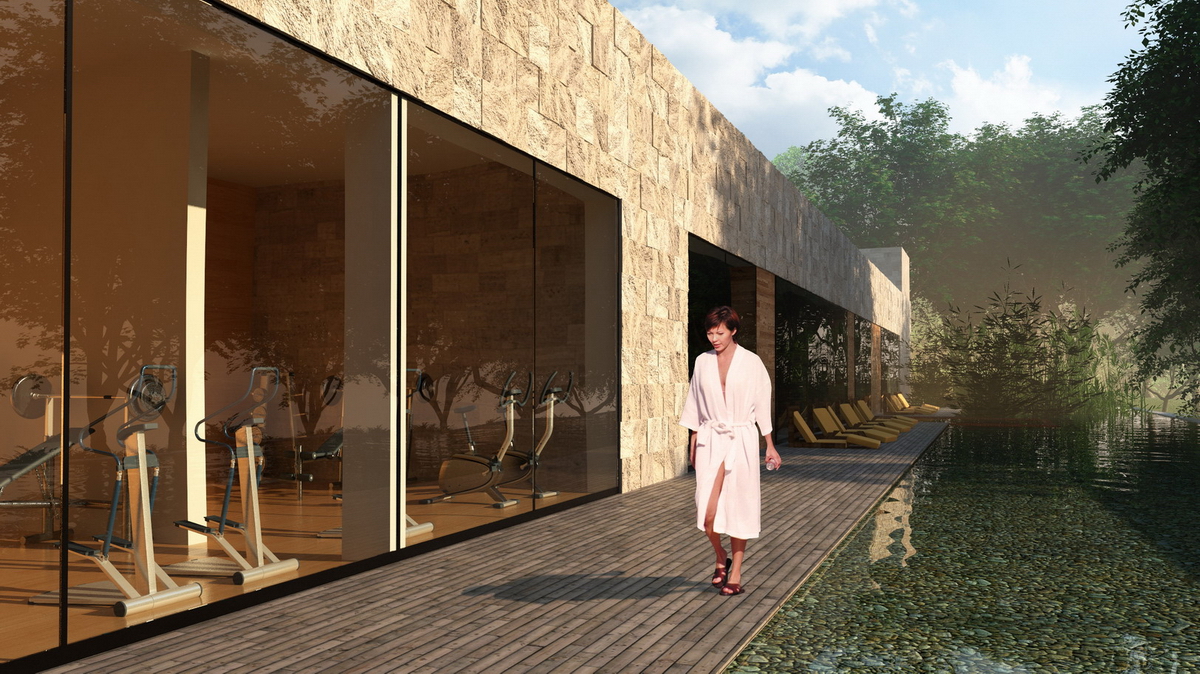 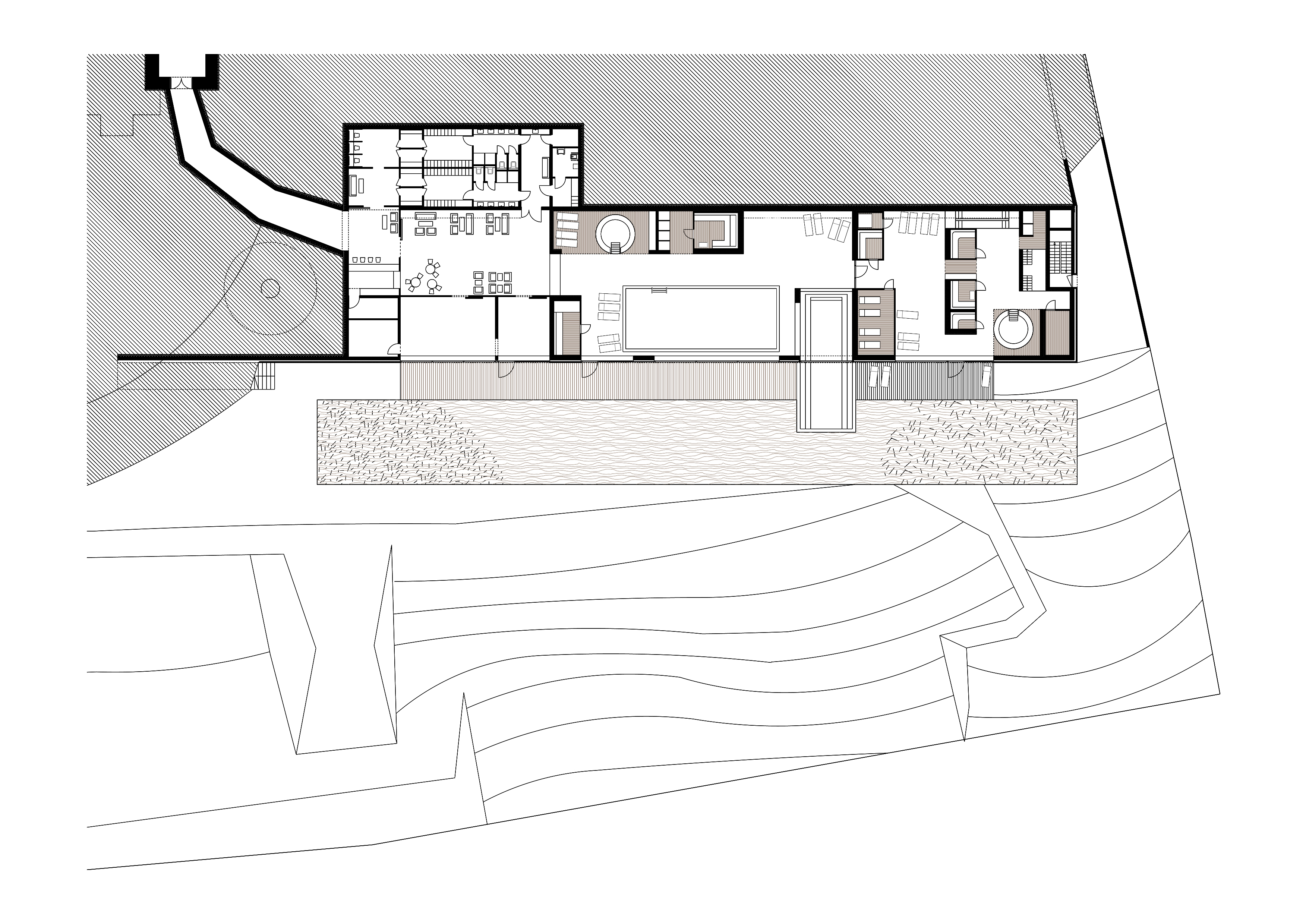 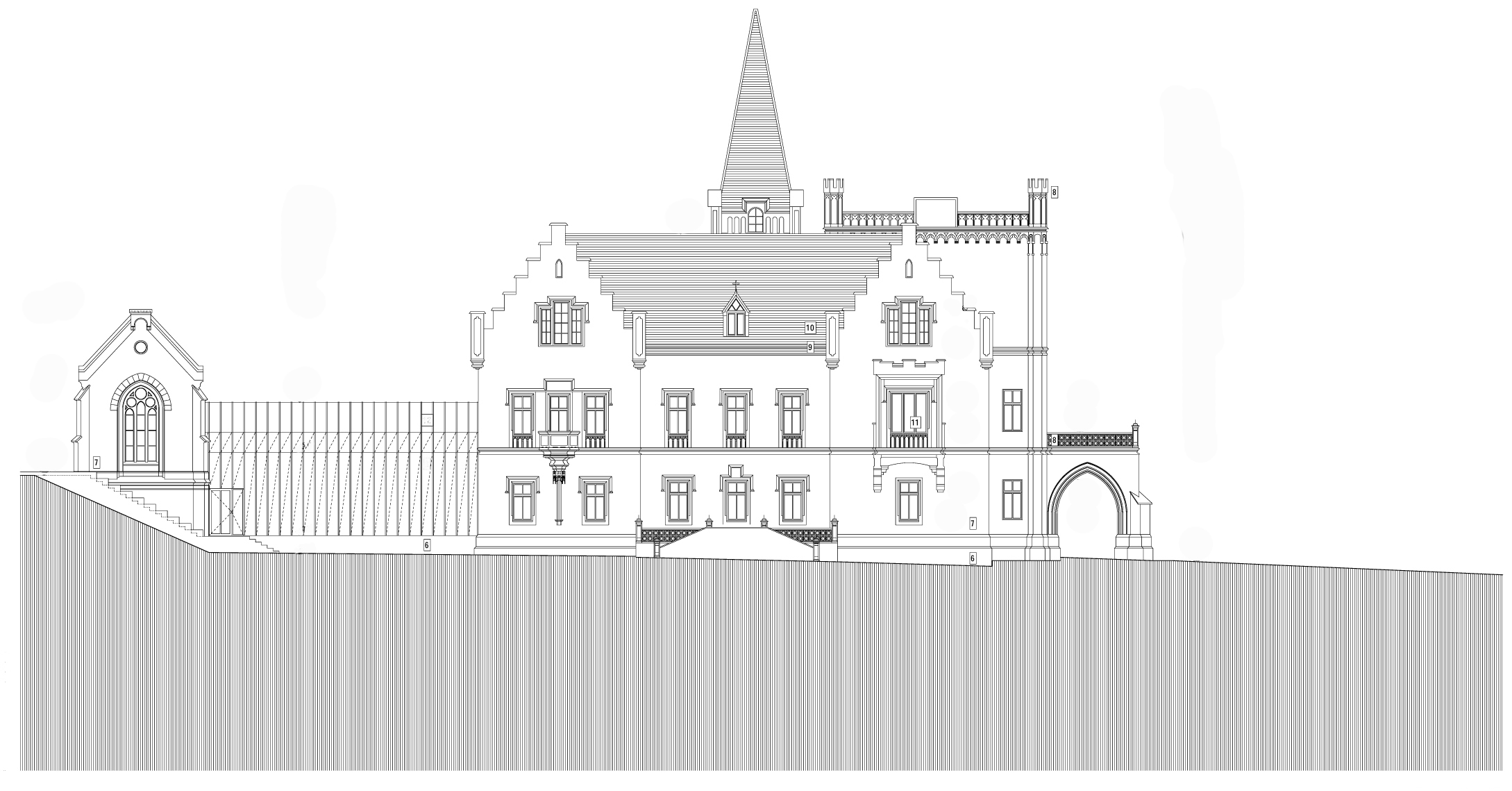 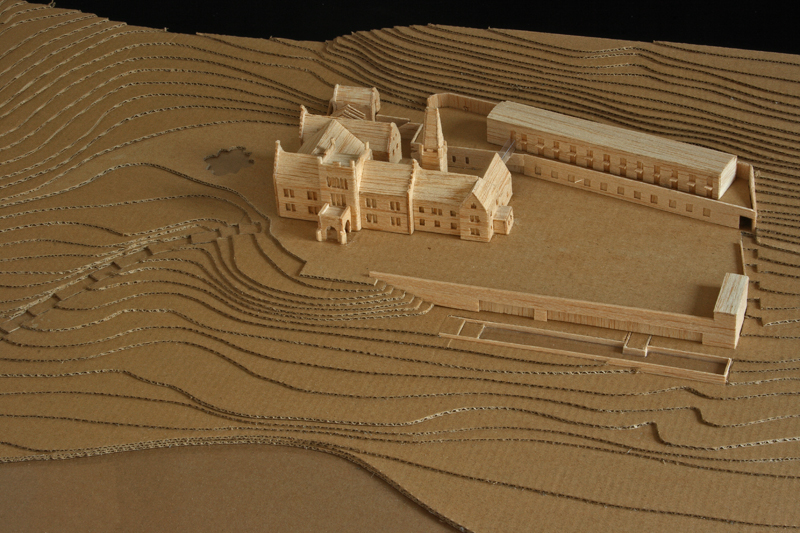 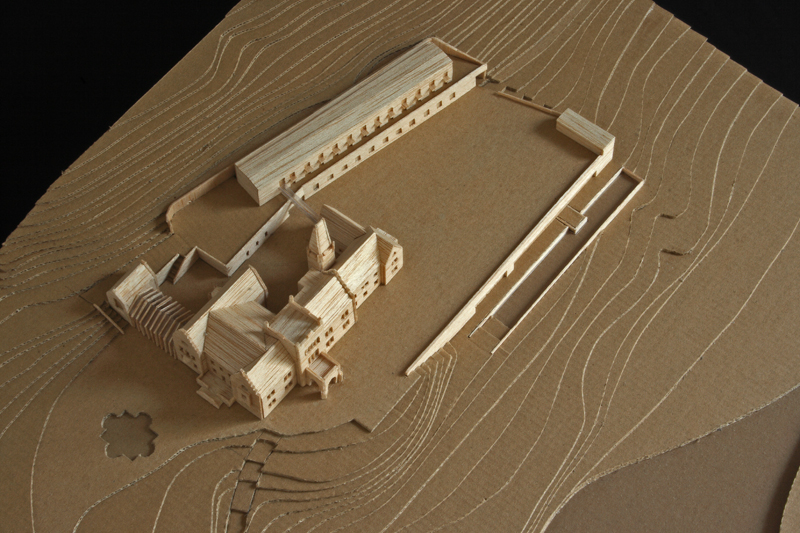 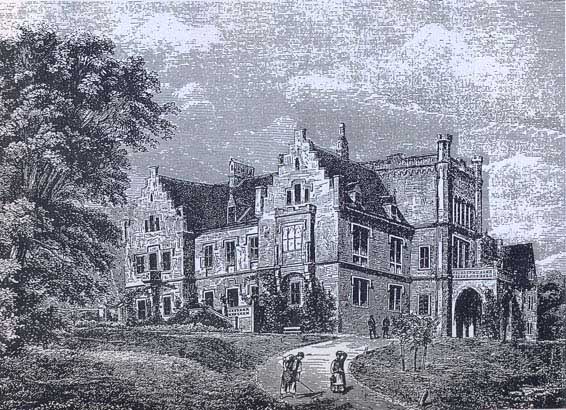 Completed in the second half of the 19th century, the romantic-style castle has deteriorated in recent decades. The new owner aims to create a 60-room castle hotel with a wellness function, conference room, and chapel. As the net floor area of the castle is about 2,700 m2 and the program is about 6,200 m2, the extension of the building became necessary.

During the design phase, it was of utmost importance that the castle is restored to its original appearance and that the new features follow the original as closely as possible. To keep the new wings neutral, they were not merged into the mass of the castle.

The original exterior of the castle was fully reproduced, including the restoration of the destroyed conical roof of the stair tower and the glasshouse in a new, modern form. The façade has been restored to its original subtle grey tones with traditional plasterwork.

The ground floor features have mostly retained their original function. Meanwhile, the glass-roofed palm house is equipped with a dining area, staircase, bar, and rich greenery. Hotel rooms have also been added to the original utility rooms, relieving the new wings. In the attic, penthouse-style hotel rooms were planned for similar purposes.

The new hotel wing stands on the existing retaining wall system behind the castle. As of this wing, a steel-and-glass bridge with a cantilevered span connects to the main castle. Thanks to the design of the new buildings, guests arriving at the site will only see the mass of the renovated castle on the garden path leading up to the castle, and will only discover the two new wings later.