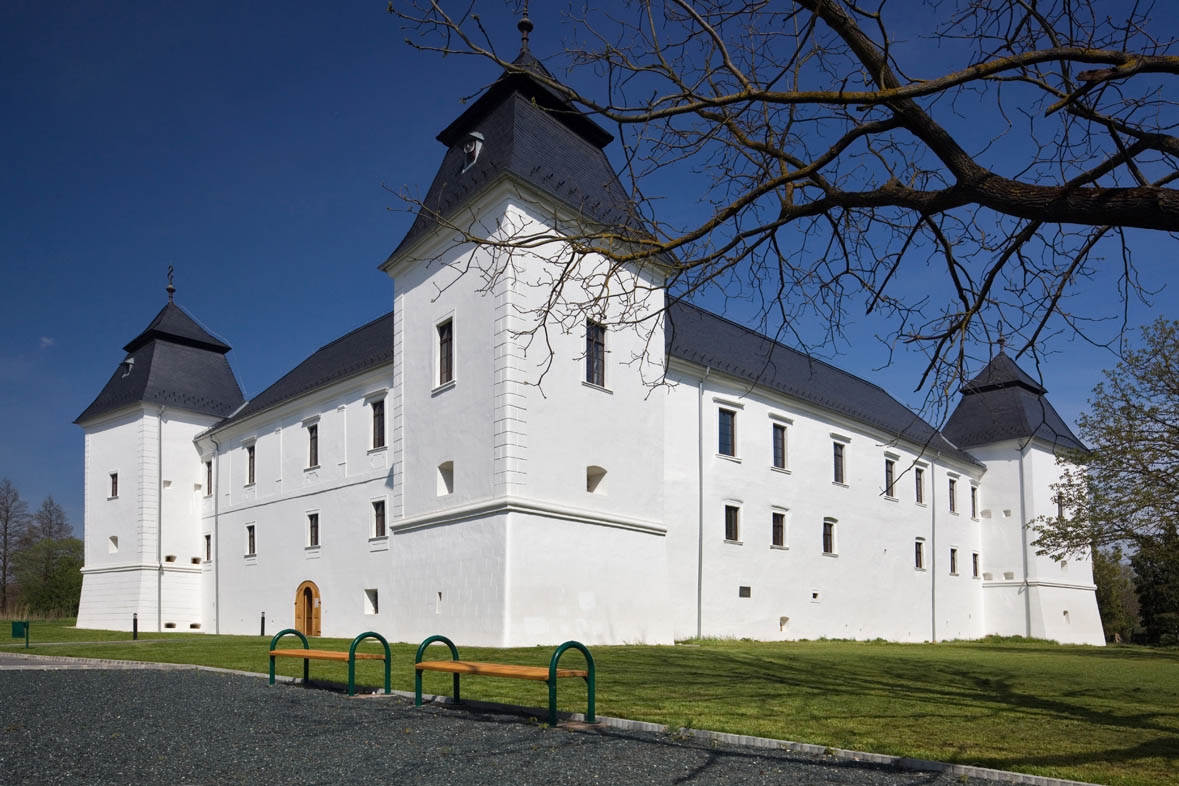 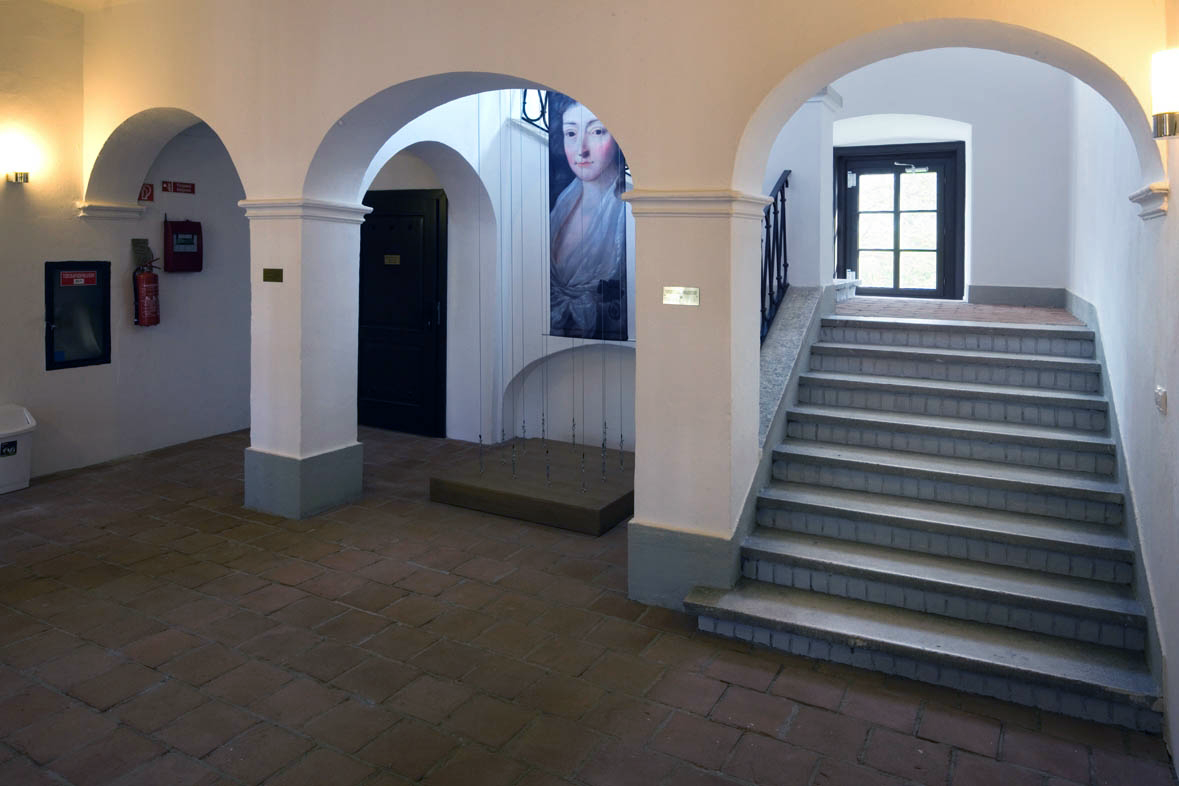 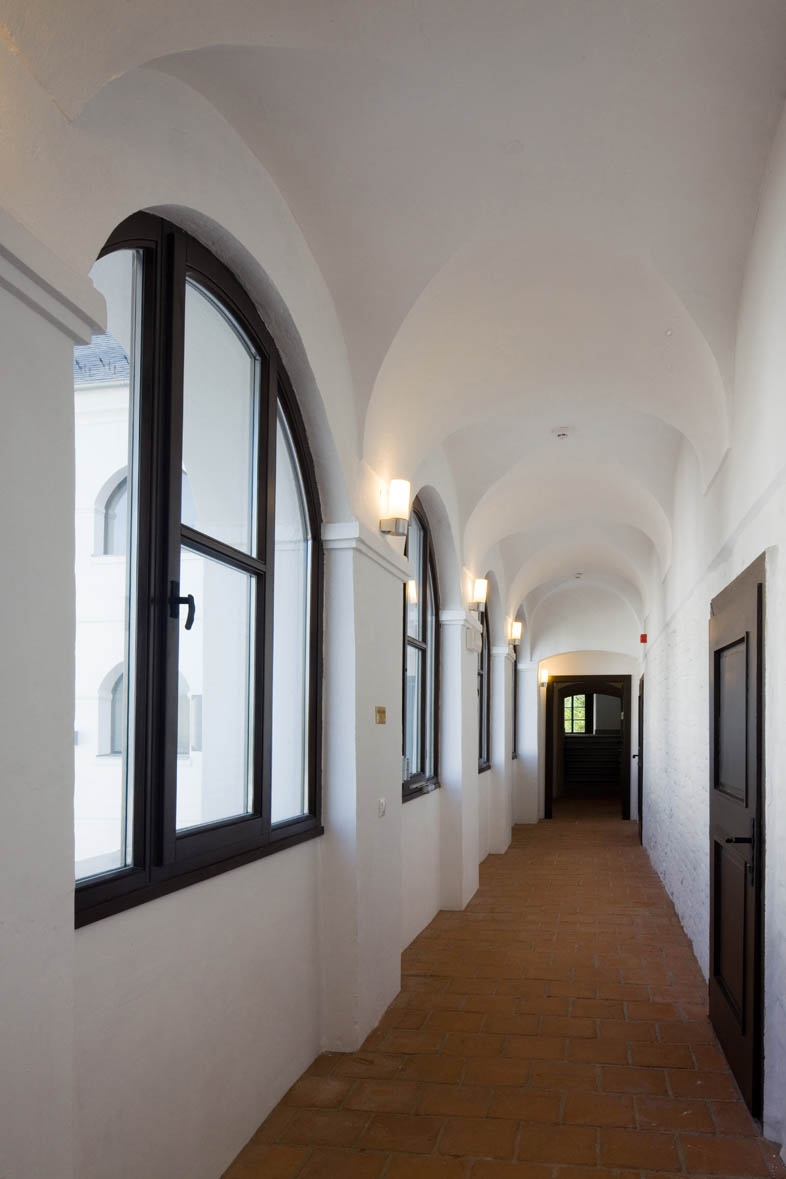 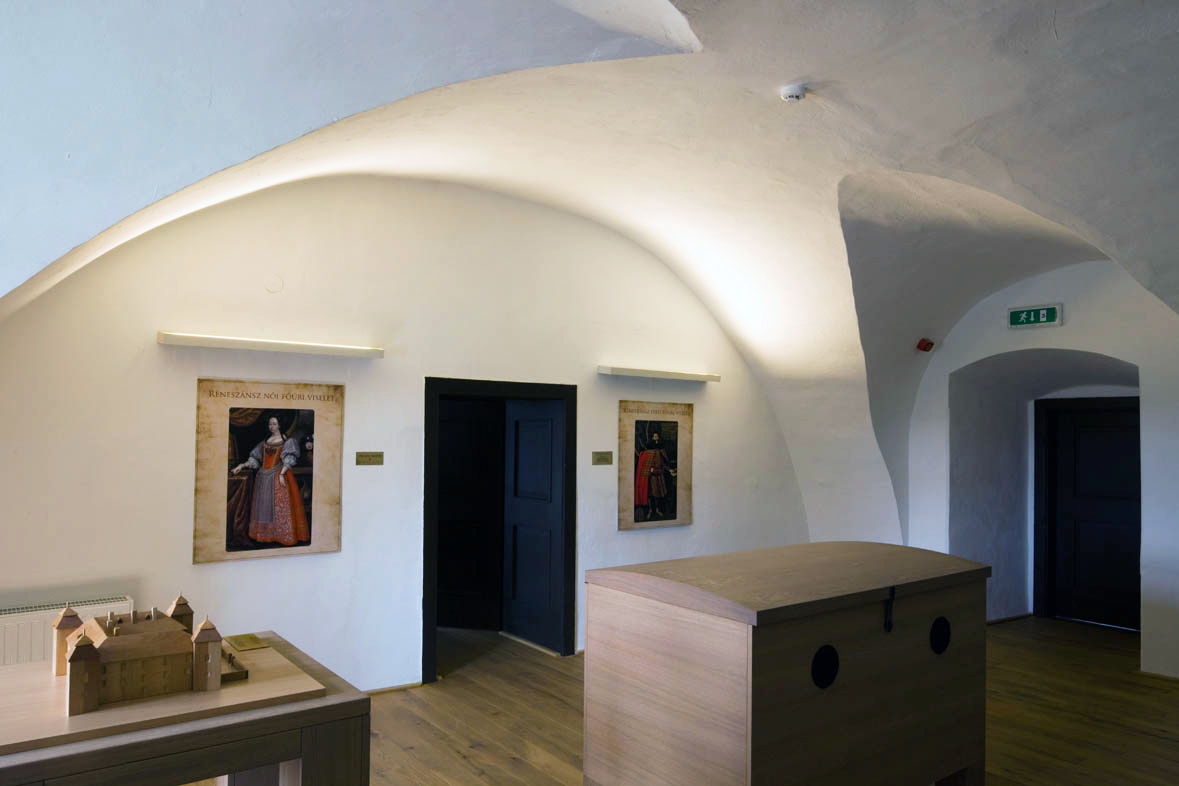 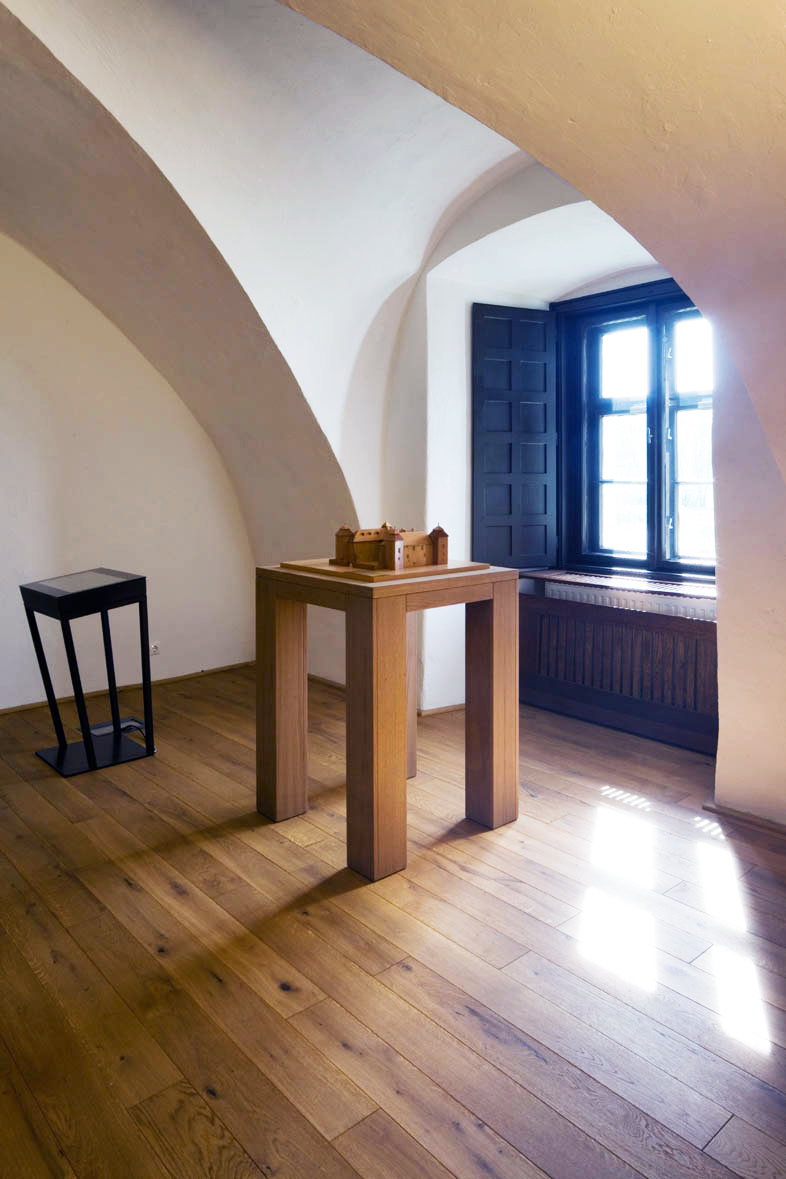 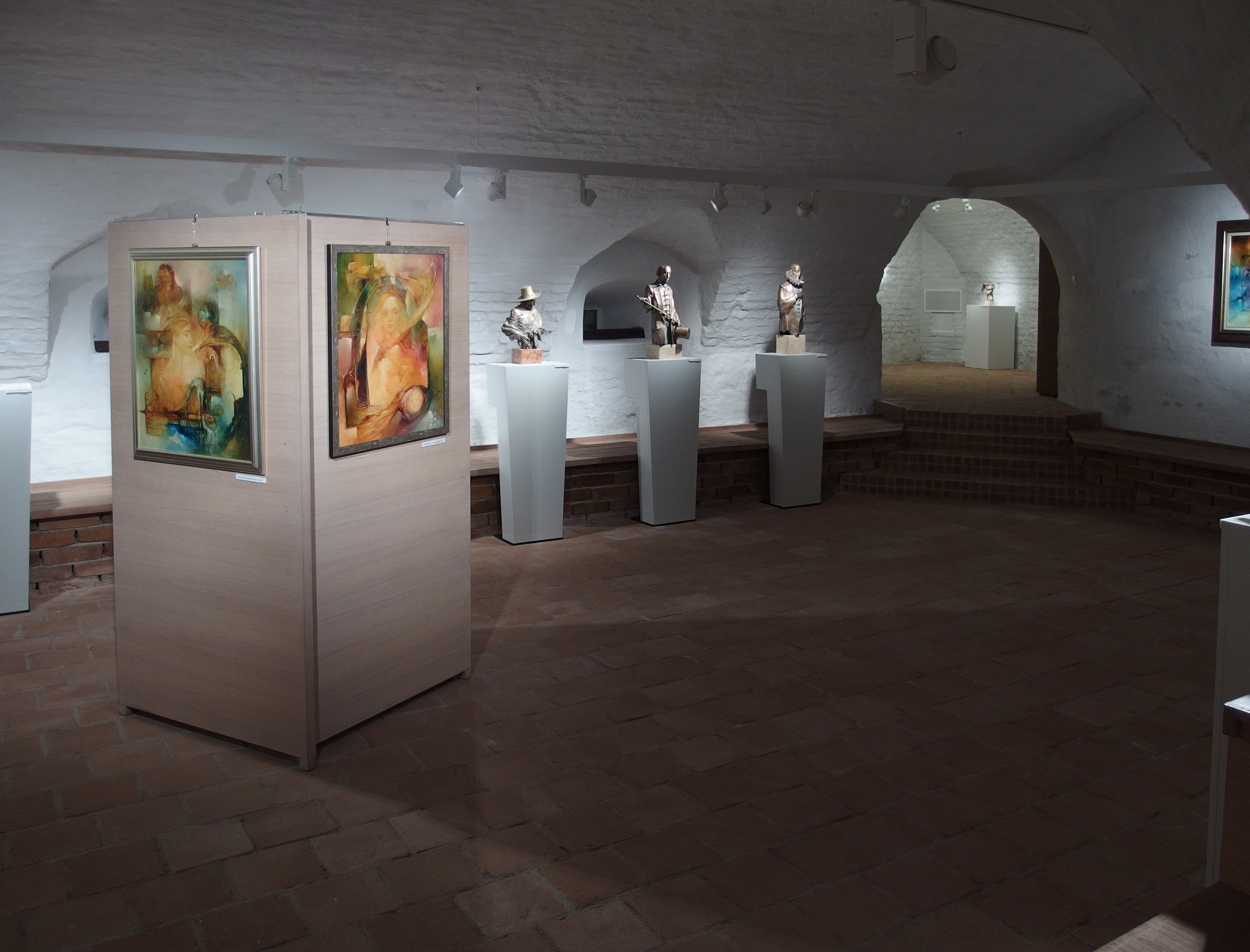 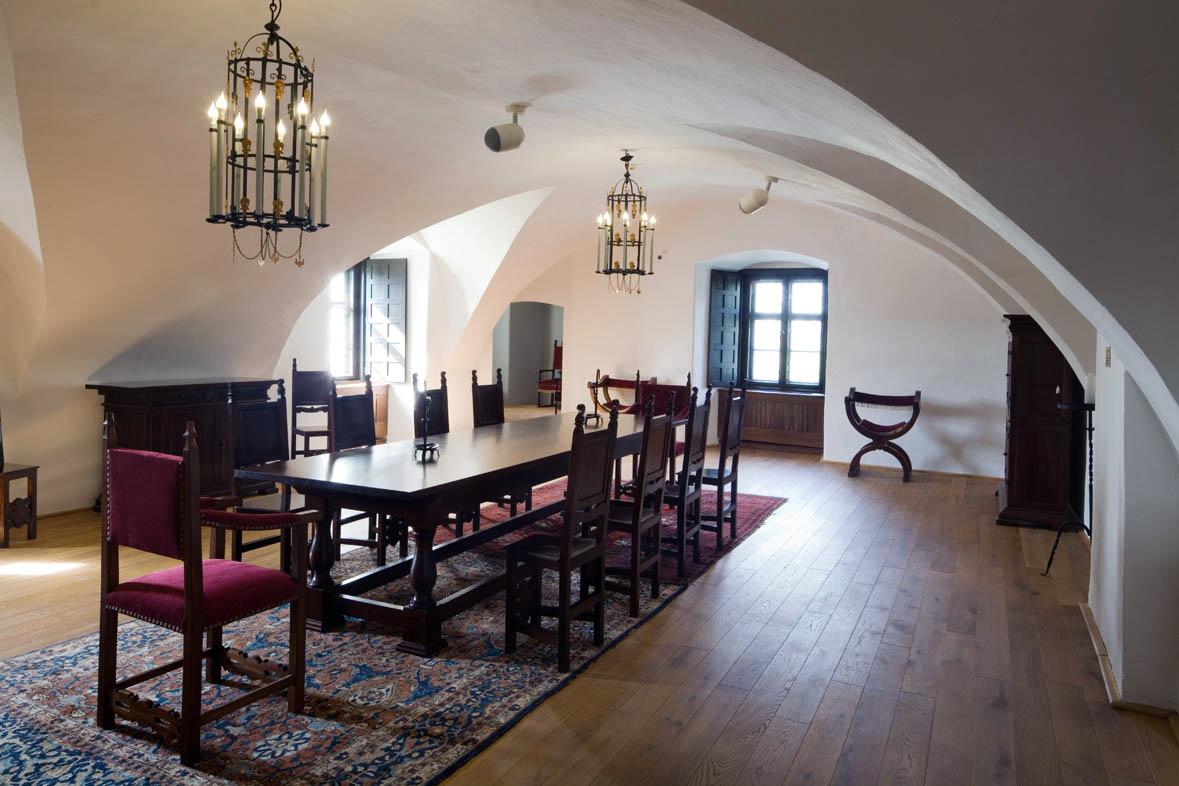 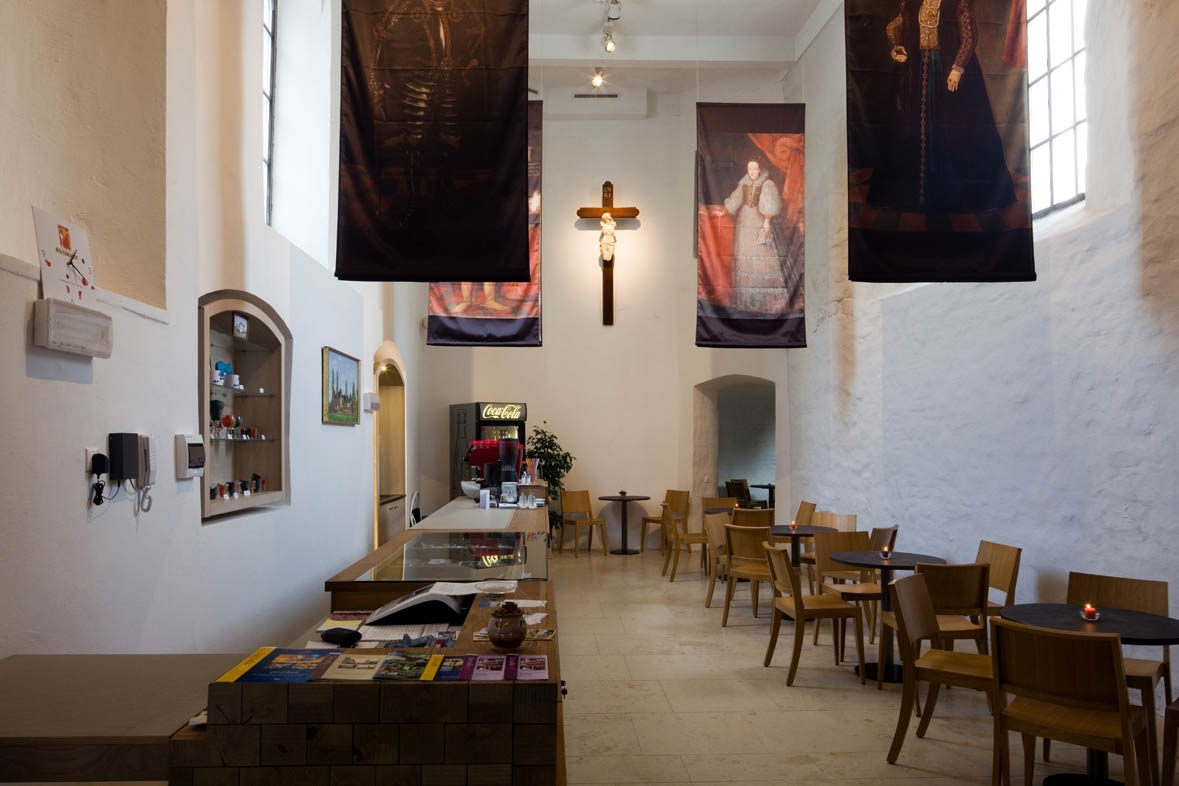 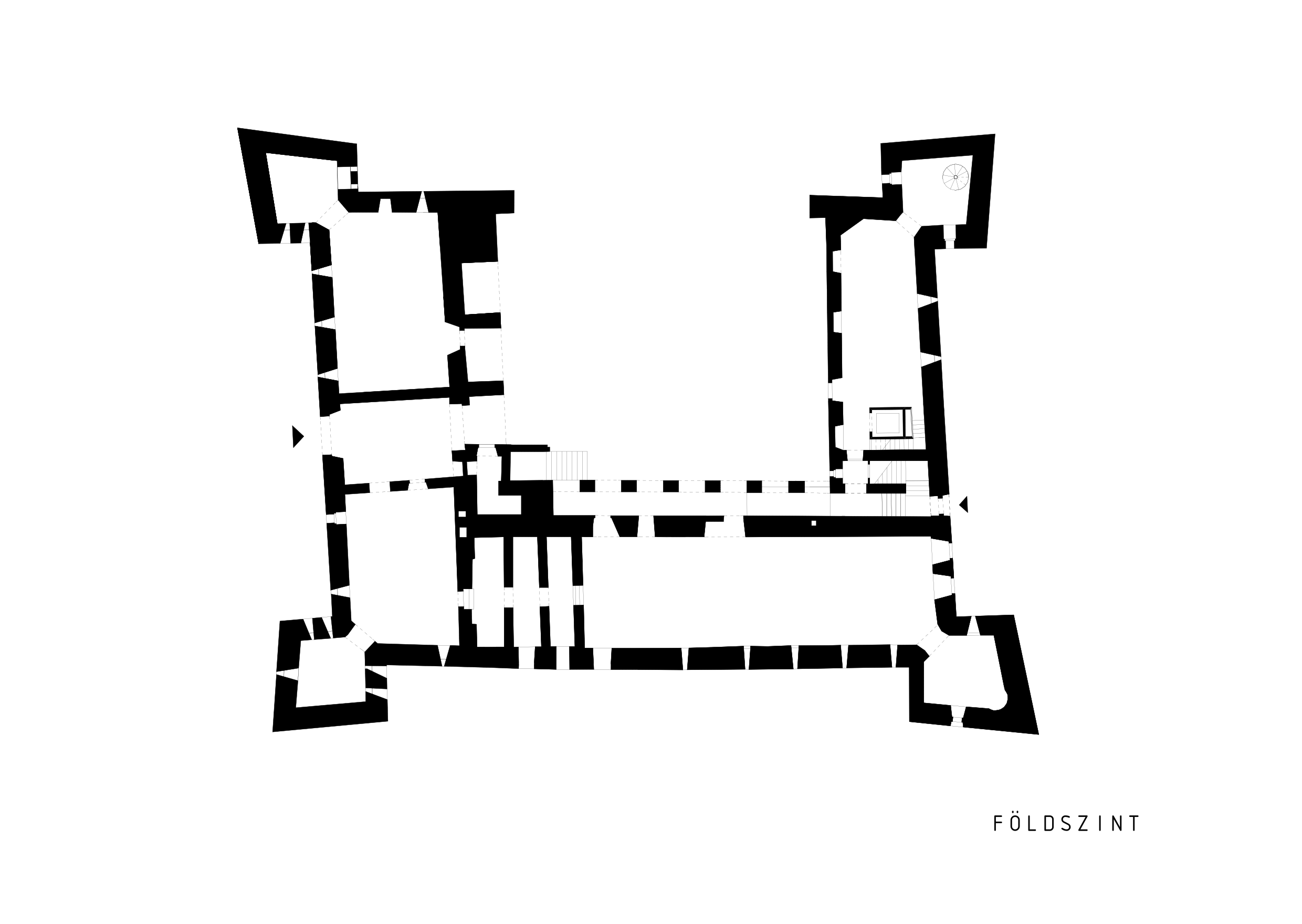 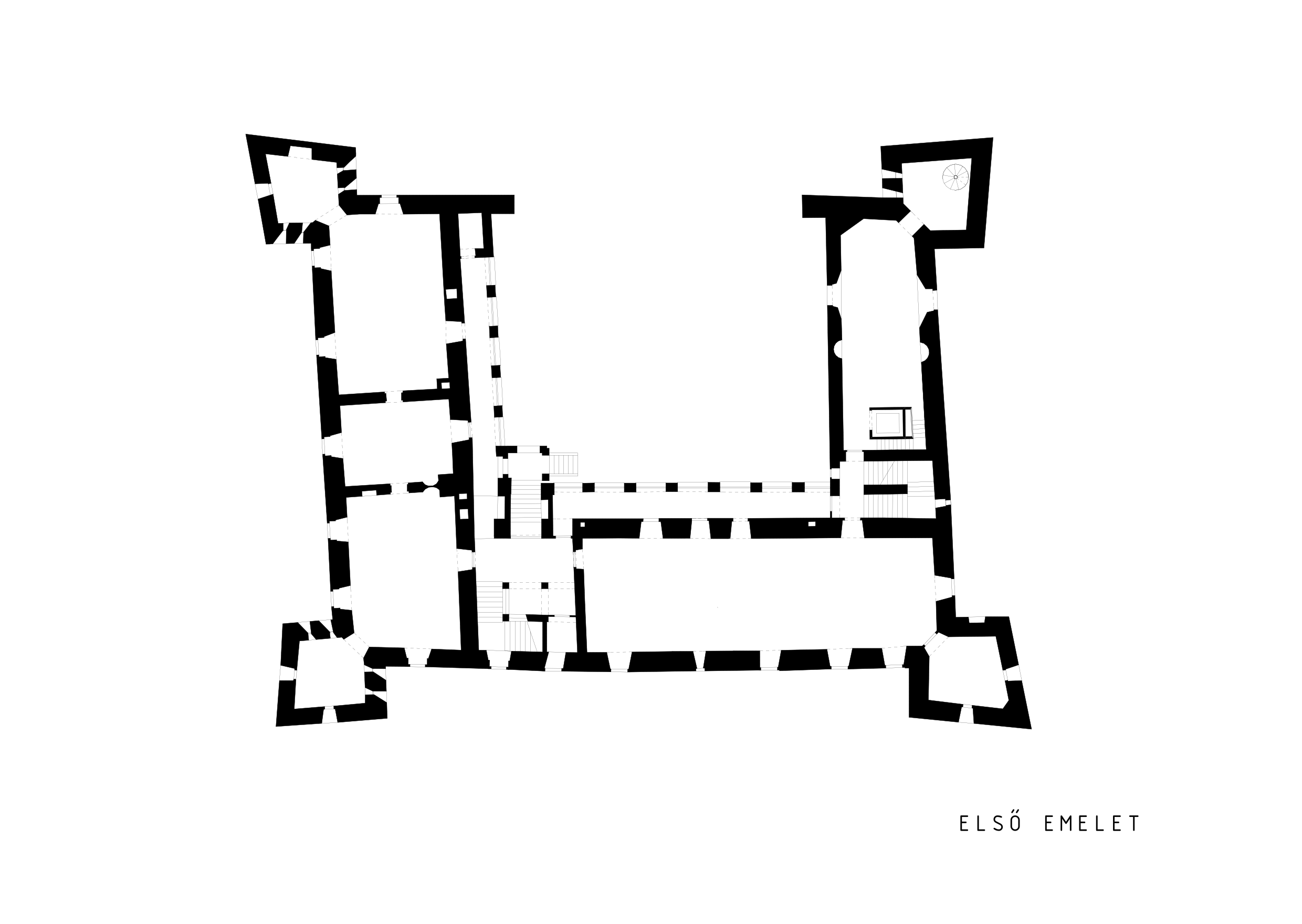 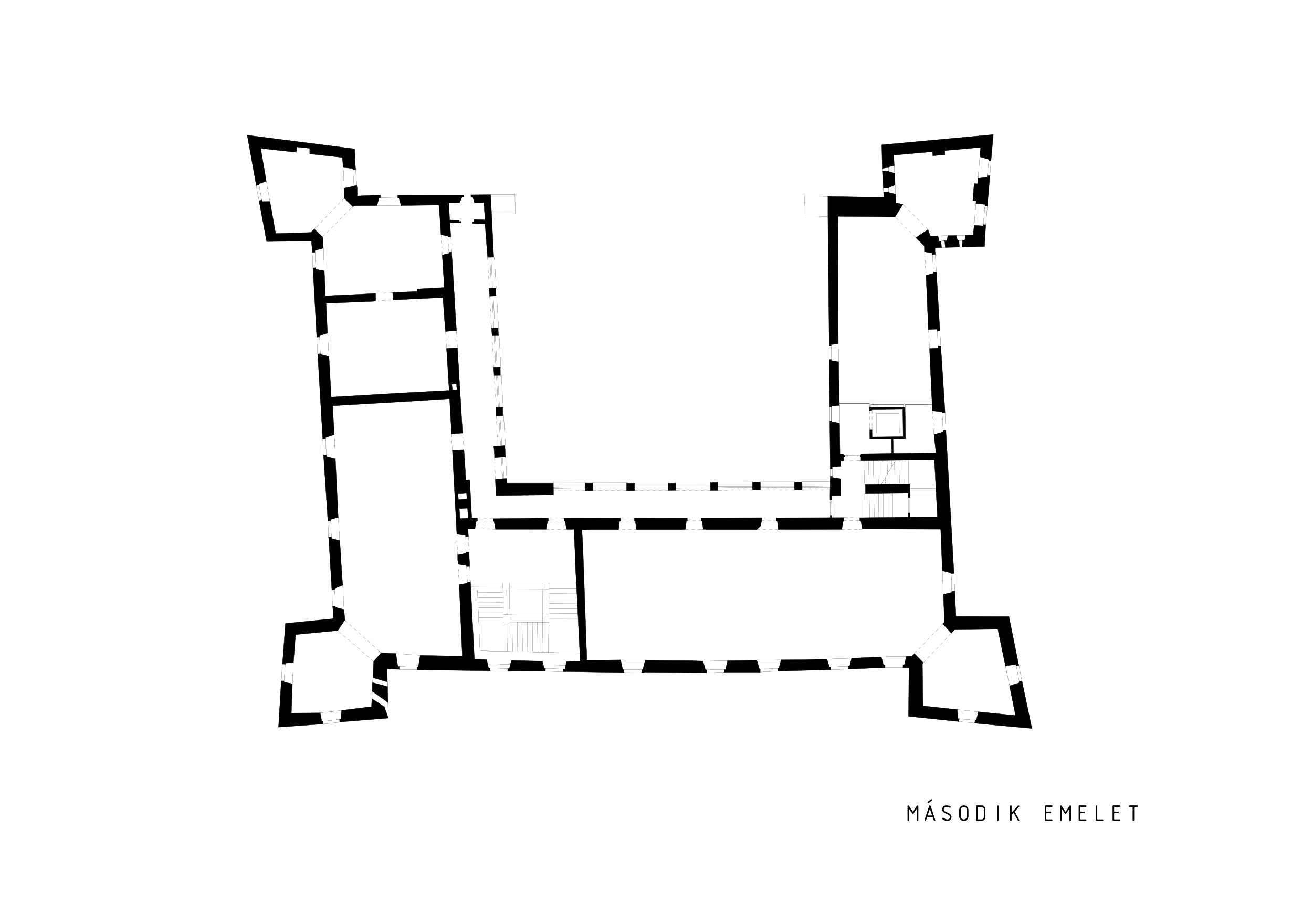 The Földes office was commissioned to design the castle’s interior and the exhibition’s installation.

During the design process, it was of utmost importance to revive the Renaissance parts of the building in the contemporary Baroque and the newer building fabric. The Renaissance components are celebrated either with a thin veneer following the masonry surfaces in a membranous manner or by applying a bare wall surface. At the same time, several elements introduced during the earlier (1960s) renovation have been retained. Puritan sobriety was our guiding principle in the preservation of some reinforced concrete slabs.

The interior reconstruction has kept the materials of the spaces simplified but authentic: whitewashed walls, hand-made red ceramic flooring reconstructions in the corridors, and whitewashed vaulted, conventional, and beamed ceilings. The inspiring masses and materials, together with the historical background of the castle, justified the interior design not to blur the differences and not to try to create a new, strong character; but to create a system that adapts to the multi-layered visual environment, yet synthesizes it.

In the mass forms of the fortress, we found a formal inspiration that could bring together existing elements as an old-new authentic layer. With this in mind, we muted the visual presence of the new furniture and spatial elements with the natural, bleached colors of the materials, the use of materials reminiscent of traditional materials, and the ‘detail-free’ but finely proportioned masses. In addition, the shapes of the furniture to be incorporated are reminiscent of carpentry.

The furniture, in contrast, forms a subtle architecture with delicately distorted, truncated-globe shapes and traditional raw material colors forming abstract blocks and frames. The furniture, affiliated with the new function of the reception area, is temporary and dismantled, thus helping to assert the space, evoking its original sacral service.

In order to create quality lighting, a state-of-the-art exhibition lighting system is used, allowing the sophisticated use of differentiated direct and indirect lights. It reflects throughout the building as a suspended abstract translucent system – the exception being the historically reconstructed interiors, where lighting fixture reconstructions were made to match the original period.

The evocation of historical figures and the vivid colors were brought back into the modest but all the more striking spaces by the large-scale reproductions of the lords and ladies of the castle, hung and mounted in front of the walls.